The Canadian Battlefields in Italy 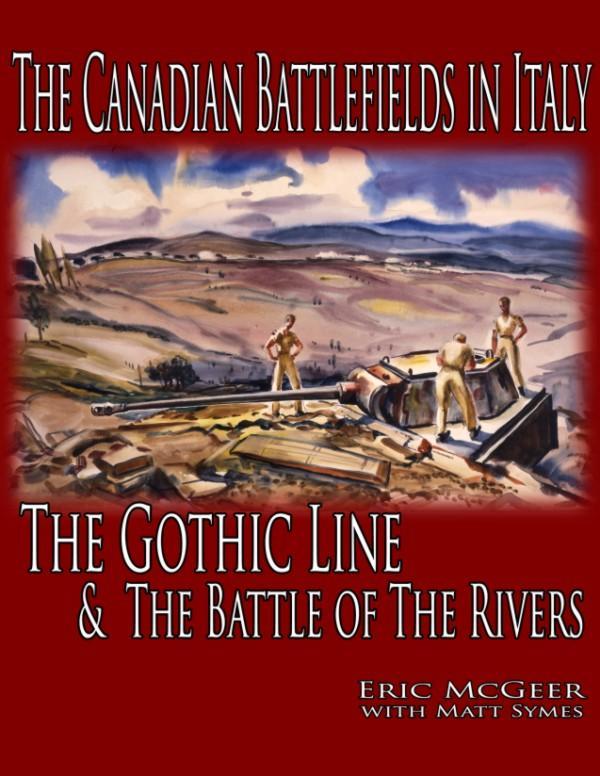 Inspired by the popular LCMSDS guides to the battlefields of Normandy and Northwest Europe, The Canadian Battlefields in Italy leads readers — and potential travellers — along the path trodden by Canadian soldiers in their longest land campaign of the Second World War. Guides retracing the Canadian path through Sicily and Southern Italy, and Ortona and the Liri Valley, have already appeared; with this guide the journey continues through the Gothic Line, Canada’s greatest battle of the Italian Campaign, and on to Ravenna, where Canadian soldiers fought doggedly against the enemy and the elements in a forgotten corner of the war.

The guidebook offers a broad introduction to the campaigns, concise summaries of each stage of the fighting, and itineraries allowing Canadian visitors to explore the battles from the most important perspective — the physical setting itself. Three-dimensional maps familiarise readers with the landscape and features that affected the course of the battles, while a combination of contemporary photos and war art recaptures the scene as contemporaries saw it. Every effort has been madeto publish rare or unused material so that readers of all backgrounds will find something new.

The efforts and sacrifice of nearly 100,000 Canadians have become part of the rich historical tapestry of Italy. To the countless attractions of this ancient land, The Canadian Battlefields in Italy: The Gothic Line and the Battle of the Rivers adds one more reason for Canadians to explore a country where a proud and moving chapter of our own history was written.