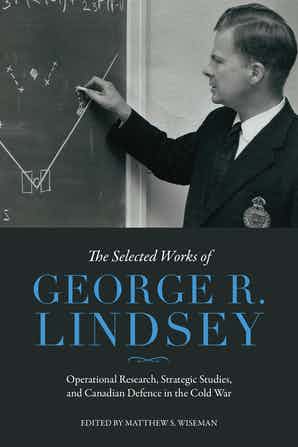 Series: The Canadian Experience of War

During a government career that spanned nearly the whole of the Cold War, George R. Lindsey gained a reputation as a leading defence scientist and military strategist for Canada’s Defence Research Board. His research and writing played a vital role in shaping Canadian policy in air defence, anti-submarine warfare, the militarization of space, and other areas of crucial concern in the nuclear age.

The Selected Works of George R. Lindsey provides full access to a wealth of previously classified historical material regarding the scientific and technical aspects of Canadian defence and national security in the Cold War. Insightful and eye-opening, Lindsey’s writings shed light not only on one of Canada’s most influential civil servants of the Cold War era, but on the strategies, priorities, and inner workings of the Canadian defence establishment during an active and politically volatile period in world affairs.