This post is the second in a mini-series of articles that explore the personal military experiences of the author in the Cold War period.

On one of our rare days off, my buddy and I decided to go have a look around downtown. We donned our Dress Greens and were on our way. We walked the streets of Nicosia as soldiers have done for millennia. My mind wandered, thinking of all the conquering armies who had been here before us. Due to its strategic location, many different groups ruled Cyprus, starting with the Assyrians in 705 BCE. The vilified conquerors included the Egyptians, the Persians, the Greeks, the Hittite Empire, the Ottoman Empire; through to when the British took control of the Island in 1925. Britain was last empire to rule Cyprus. In 1960, the Cypriot people regained sovereignty over their land, despite the fact that the British kept control over two sovereign bases on the island; one at Akrotiri and the other at Dhekelia, which are both considered British Overseas Territory. The British presence proved fortunate for me during my tour. 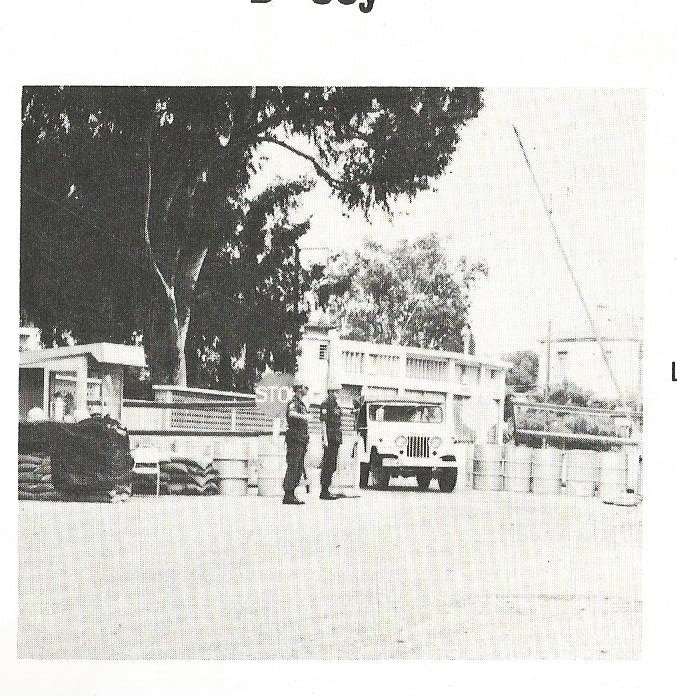 On our day off, we wandered for a while before settling down in a bar around one o’clock in the afternoon. The bar was populated by soldiers from every contingent present on the Island. Germany supplied Military Police for the United Nations (UN); Denmark provided the supply soldiers; the contingent from Sweden ran the transportation’s group; and Canada provided the actual Peacekeepers. Sitting alone at a table, all by himself was a British soldier. We went over and struck up a conversation. We wondered why this soldier was alone since, in Cyprus, British military personnel always moved in groups. The hate the Cypriot people felt towards the British who had ruled them for so long was palpable. It could be dangerous for a British serviceman to be by himself. In the five years prior to 1960, more than 350 British servicemen died in Cyprus, many in armed conflicts with the Cypriots. So, why was he alone? As we got closer, I noticed he was carrying a pistol, his scarlet coloured beret lying on the table. A British Military Policeman! A redcap! No wonder the other British soldiers kept a safe distance. He was a small man, weighing in at probably no more than 150 lbs and looked like he should still be in school. Nonetheless, you could be assured he was someone not to tangle with.

As in all armies, the typical soldier avoids the Military police like the plague. Since we were Canadians and he was British, what harm could he do to us? He was not even part of the UN contingent on the Island. We sat down and drank with him for a few hours and then we decided to invite him back to our home, the Ledra Palace. As a British Military Police attached to a Sovereign Base, he had a jeep of his own. He stood up and walked out of the bar to retrieve his vehicle. He told us to wait for him at the front entrance of the bar. As soon as he left, two British Paratroopers approached us looking for trouble. My buddy is 6 feet tall and yet both paratroopers were taller than him. The younger soldier looked at us with open aggression. The other was more contained but the front left of his dress uniform, above the pocket, was ablaze with ribbons from various campaigns that he had been on all over the world. They looked at us like lions appraising their long awaited dinner. The younger soldier asked us, in a belligerent manner, why we were drinking with a MP. My buddy, who was never one to mince his words, told him to shove off.

We stood there, sizing each other up. In my mind, I knew we were going to get in a scrap. Two against two generally should not be a problem but I am positive that we were NOT evenly matched. It occurred to me that we might have a hard time winning. At that moment, a voice cut through the noise. It was loud and commanding. Our redcap friend had returned and said, “Have we got a problem here?” The paratroopers both looked at him with hatred, knowing they could do nothing. The British Military did not want their people fighting with the UN. Both needed the goodwill of the other. The conversation was short and one-sided: “Move along now before you end up in jail for the night. Your Company Sergeant Major would not be pleased with that now would he?” The implied threat was enough. They cleared the area quickly. We were happy with the outcome. We really did not want to fight with them, although we would have if push came to shove.

After they left, we went out and climbed into a British jeep. It was an odd sensation for me, sitting in the front seat of a Military Police vehicle with my buddy in the back. Usually that meant trouble for the average soldier, but not this time. When we reached the Ledra Palace, the jeep came to a halt at the barrier manned by two Canadian soldiers at Observation Ledra South. The gate kept unwanted people out and the soldiers carried loaded weapons. One of the soldiers on duty was a friend of mine. When he saw me, his jaw dropped. He automatically assumed I was in deep trouble. He addressed our Red Cap friend and asked him whether the Duty Sergeant needed to be called in. Our Red Cap friend assured him that all was well and that he was just coming over for a friendly visit. The relief could be seen instantly on my friend’s face. He quickly opened the gate and we drove in. 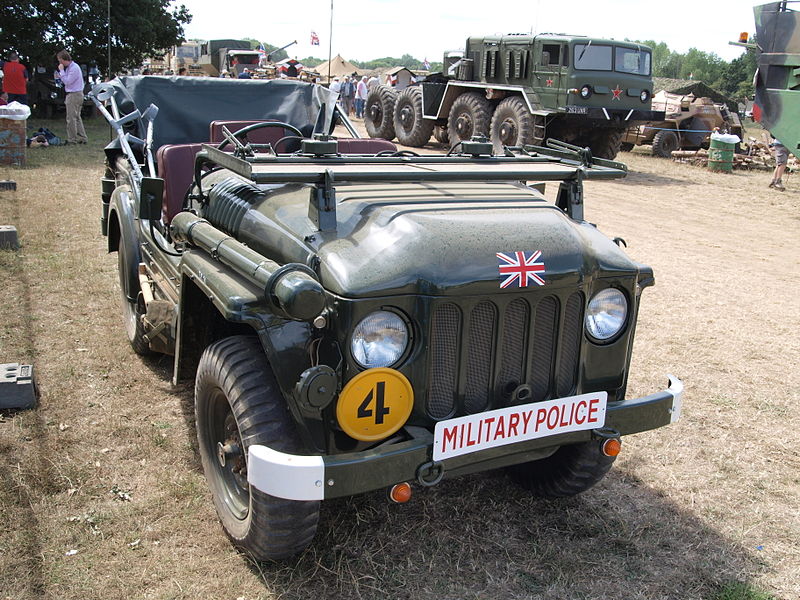 Once inside, our British friend parked in a “no parking zone”. But, then again, who was going to say anything to him? We gave him a tour of the Ledra Palace before going to the junior Ranks Mess, where we had a couple of drinks. Our new acquaintance turned out to be a great guy.

Unfortunately, all good things must come to an end. He had to return to his base and we had to get some shuteye before the start of our next twelve-hour shift at the observation posts. It is amazing how you can strike a friendship in the most unusual places. We met again a few times with our new friend before the end of our tour. As it often happens in the army, we lost touch after we returned to Canada. Occasionally I wander what happened to him.

—
Frank Reid is an author, playwright, consultant, and a former soldier in the Canadian Army. This blog series offers accounts of his experiences as a member of Canada’s military during the Cold War.