Ne-kah-ne-tah: The Liberation of Welberg, Memory, Meaning and Experience

Ne-kah-ne-tah: The Liberation of Welberg, Memory, Meaning and Experience

Over five days in November 1944, the Algonquin Regiment played a pivotal role in the capture of the tiny Dutch town of Welberg. In 2018, twenty Canadian university students returned to the site as part of an experiential learning course focused on the Regiment’s warpath from Point 140 to the Kusten Canal. Throughout the program, students both ‘walked the ground’ and engaged with contemporary communities in order to better understand past evens and consider the construction of historical meaning and memory.

This talk brings together three of the course’s facilitators: Anna Pearson (York University), Stephen Connor (Nipissing University) and Robert Catsburg (Welberg Liberation Memorial Foundation) to explore ways in which this hybrid of traditional and experiential learning introduced university students to a shared historical and cultural heritage. 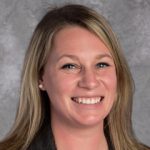 Anna Pearson holds a B.A. (History), B.Ed. and M.Ed. from Nipissing University. She is currently a PhD student at York University in the Faculty of Education and a Professional Associate at the Centre for the Study of War, Atrocity, and Genocide at Nipissing University. Her research is focused on higher education pedagogy and practice of undergraduate experiential learning at historical sites of conflict and commemoration. In her spare time, Anna is a French Immersion teacher in North Bay, Ontario. 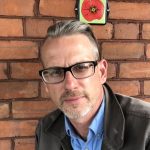 Stephen Connor holds a BA from the University of Windsor and MA, Ph.D. from Wilfrid Laurier University. Dr. Connor is currently an Assistant Professor of History and co-founder and Associate Director at Centre for the Study of War, Atrocity at Nipissing University. The recipient of numerous awards for teaching excellence, his courses range from the history of World War II to contemporary conflicts, particularly in central and eastern Europe. Dr. Connor also serves as regimental historian for the Algonquin Regiment (Canadian Army). 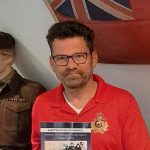 Since early childhood, Robert Catsburg has been fascinated by the Second World War and especially by the Canadian liberators of the Scheldt area. Since the mid-nineties, after collecting military artifacts related to the Battle of the Scheldt for many years, his interest widened to include historical research. He has privately published six historical studies, of which Five Days in November about the battle for Welberg and Steenbergen in November 1944 was translated in English and made available to the Canadian public. He is currently a Research Associate with Nipissing University Centre for the Study of War, Atrocity and Genocide.

The Maple Leaf Route webinar series is a partnership between the Laurier Centre for the Study of Canada, the Canadian Battlefields Foundation and the Juno Beach Centre Association.