NATO’s philosophy saw ReForGer as a flexible deterrence to the Soviets. We didn’t have as many troops or as much armour in Europe as the Soviets did but we could bring the numbers up quickly and position our troops to the exact place targeted by the Soviets. The new units flown in from the USA would draw vehicles and equipment from known storage areas and move out to the designated battlefield.

ReForGer was a simulation of an actual attack except that no live rounds were actually fired. When a ReForger exercise was over, the soldiers moved to a base, such as Grafenwoere, to test fire the heavy artillery, mortars and tanks with live ammo thus ensuring all the equipment was in good working order. Following this free-for-all, the toys were put away for another year and the soldiers returned to their home bases.

This flexibility idea also allowed our leaders to use highly trained mechanized troops as footsloggers. We carried everything on our backs like pack animals; soldiers have always been good at that. In our platoon we had 3 sections and each section had 10 soldiers in it for a total of 30 men. Attached to our group were a few militia troops just flown in from Canada the day before. The person in command of the group was supposed to be a sergeant but, in the mid-seventies, there was a shortage of trained personnel. This position was sometimes held by a MCpl (Master Corporal). A section 2IC (Second in Command) was either a MCpl or a Cpl (Corporal). These 2 NCOs (Non-Commissioned Officers) as well as 3 privates carried a FNC1 (Fabrique Nationale de Herstal, Canadian version1) or a FNC2 rifle.

The FNC1 was a shoulder controlled, magazine fed and gas operated weapon. It weighted 10.5 lbs with a fully loaded magazine and was capable of killing the enemy at 400 yards. The FNC2 was the automatic version of the FNC1 rifle.

The APC driver carried a SMG (Sub-Machine Gun). The other soldiers would rotate in pairs as no1 and no2 Gunners on the Carl Gustaf. The no1 Gunner had to carry his rifle and the Carl G, an 84mm anti-tank weapon weighing 19 lbs and was 3.7 feet in length. The number 2 gunner carried 2 rounds weighing between 3.2 and 4 kg each as well as his rifle. The Carl G could destroy a tank at 150 meters. The number 2 position on the Carl G was a dangerous place to be if you were not careful. The back blast area of the Carl G when fired was 60 meters to the rear and about one meter on either side. When the round was fired the flames would scorch anything close, soldier included if he was so foolish as to be there. 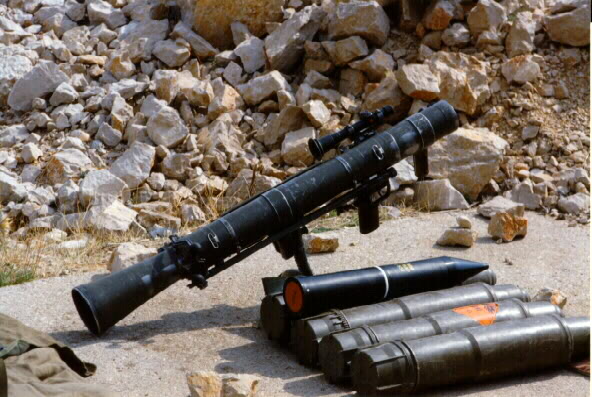 Some of the soldiers not assigned to the Carl G had to carry, in addition to their regular rifle, a disposable 1 use M72 also known as the LAW (Light Anti-Armour Weapon) weighing 5.5 lbs and 2 feet in length. 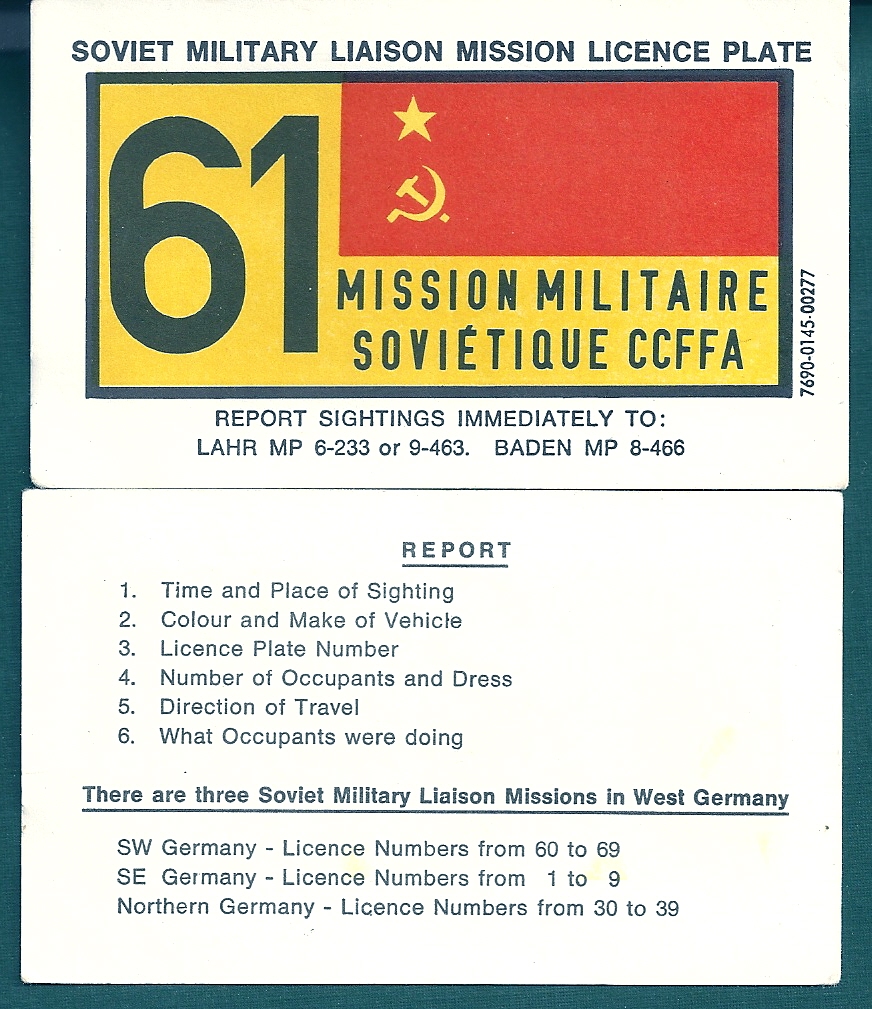 During one of our simulations, our platoon was relocated to an area near a mountain range where we were to practise being tank killers. On the way up, our convoy of APCs was unexpectedly told to halt. Apparently, a vehicle from one of the three Soviet Missions stationed in West Germany was spotted in our area. These were to be reported immediately to the Military police section. It was nothing but a cat and mouse game which had no real relevance. Our officer had to report where and when the vehicle was seen, what it was doing, the licence plate number and how many people were in the car, assuming he could see all that with dusk setting! What anyone from the Soviet side could hope to gain from watching a bunch of 12 year old APCs moving down a German road was anybody’s guess. 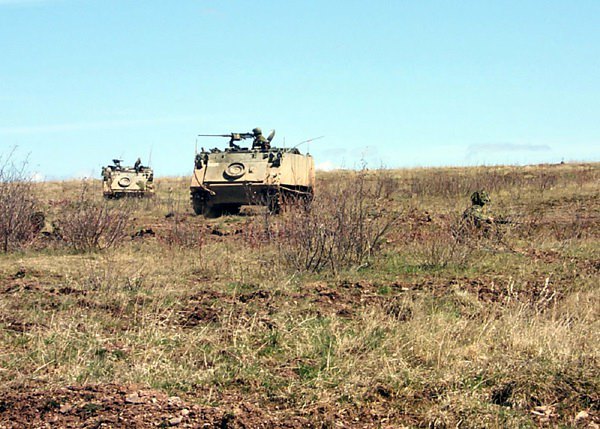 While our group was waiting to resume the exercise, I was relaxing in the APC, confident that this would be a piece of cake. I thought I was in fine physical shape and would have the opportunity to show off in front of the other guys. Unfortunately, the big hill we were to climb later that night was to prove me wrong. I had just spent 6 months on peacekeeping duties in a sunny location followed by a month of vacation visiting my family. Too much beer and not enough exercise almost did me in.

The premise of the current exercise was simple. We were to make our way up a very large wooded hill and make contact with an enemy group of tanks encamped in the valley below. When we started to ascend through the forest there was still some light. The 2IC told me to take over carrying the Carl G. He assured me that everyone would get their chance to carry it as the nigh went on. I took the weapon from another soldier who did not look a bit sad about getting rid of his added burden. I put the strap across my back and was immediately off balance from the extra weight. I began to struggle up the hill and, even though it was not warm, I was sweating profusely. I cursed the Carl G as it rocked back and forth and cut into the skin on my back. As we progressed, the hill got the steeper. The night was fairly dark and the only light we had to guide us was a first quarter moon and a few stars. No artificial light could be used or the enemy would see it and immediately target our position. We also had to keep complete silence. We had a small strip of reflective tape on the back of our boonie hats. Each soldier had to keep an eye on the reflective strip of the soldier directly in front of him in order not to get lost, an undesirable prospect when you are on unfamiliar terrain. The thought of falling and rolling down a steep hill with nothing to stop you but large sharp rocks sticking out of the ground was an unpleasant one. 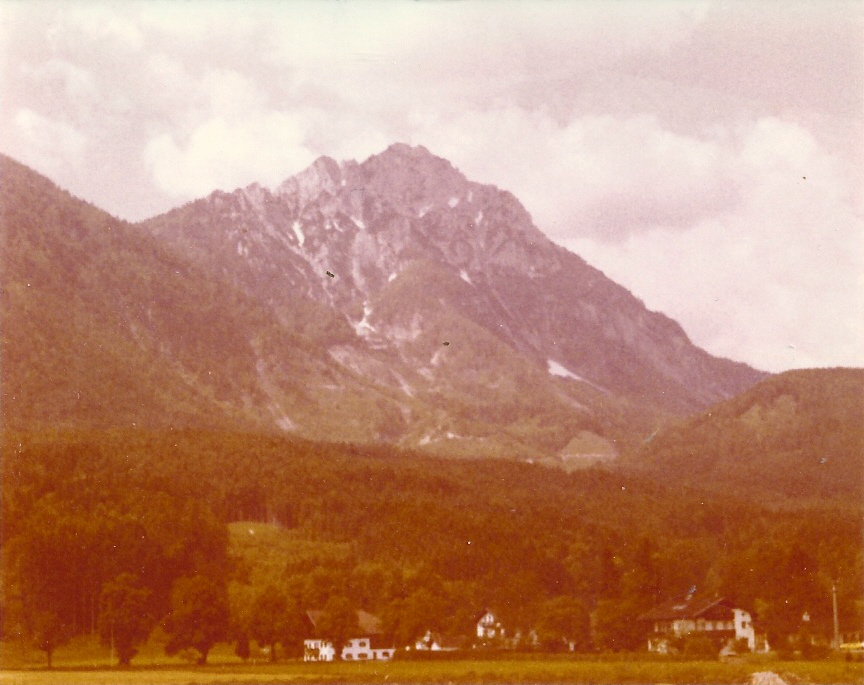 We finally reached the top of the hill overlooking the valley. Our mission was to ambush and engage our enemy, the Red Team. Our intelligence people had informed us that our enemy was composed of 5 American tanks protected by a company of infantrymen. Even with our natural night vision intact we could see very little. But, luck was on our side! We were helped by a very sloppy tanker who had left his hatch partially open, a dim light glowing inside the tank. This was a definite no-no in a war zone. Suddenly, two soldiers lit up a fag as they slouched against the side of a tank. This enabled us to identify a second tank.

We were about to come in contact with a heavily armoured enemy. Our only option was to do a hit and run raid since, to have a realistic chance to beat your enemy, you needed a 3 to 1 superiority. We certainly did not have that!

We had the advantage of being nimble, something a tank does not have. After we attacked the tanks they could not follow us since the hill was to steep. We would simply fade away into the darkness like the angels of death. Well, that was the plan anyway. Each side was accompanied by referees who would decide the outcome of the battle based on tactics and how well we executed our mission.

The Captain in charge of our battle group spread us out along the crest of the hill, in readiness for the attack.

As we watched, one of the American tanks, a M60A2, their main battle tank, started his engine. We all froze. Had our position been discovered? The tank began to move from side to side along the valley floor. It was an awesome sight to see, his large searchlight shining upwards in our direction. This light was so powerful, it would blind you if you looked directly at it. It was mounted directly above the main armament and had 100 million candle watt power. This much power proved useful in the field and the tankmen quickly found a second use for the light. Cans of C rations would heat up in seconds when the light was in operation. As with anything so powerful, caution was the word since if the soldier was so careless as to forget to open or at least puncture his tin, it would turn into a homemade weapon. The tin would blow up like a grenade, sending food projectiles all over the place.

In the end, we never found out if they had spotted us or why the tank started to move. For some unexplained reason, one of our soldiers let off a thunder flash. With that, all the good planning went the way of the dodo bird. Thunder flash devices are used to simulate grenades and artillery fire for training purposes. They are a cardboard tube filled with gunpowder and are like a big firecracker. They blow up with a loud bang and a bright flash. Within seconds of this misguided soldier’s firing, everyone was yelling and shooting blanks from their rifle and throwing smoke grenades and thunder flashes to simulate a Carl G being fired. Chaos ensued.

The Americans, AKA the Red Team, quickly retaliated. Our Captain told us to retreat down the hill and back to our APCs. That’s an order he did not need to repeat! We went down the hill much faster than we had gone up. It is amazing how quickly you can move when you have the dogs at your heels!

I never found out what the referees had decided and who won that battle. Assuming someone won in this master plan of a mess!