Chapter 7: ‘Tractable’ and the Falaise Gap

Cross Channel Attack: The U.S. Army in World War II by Gordon A. Harrison
The Victory Campaign: The Operations in North-West Europe, 1944-1945. Official History of the Canadian Army in the Second World War. Vol. III by C.P. Stacey
Victory in the West Vol. I: The Battle of Normandy by Major L.F. Ellis

“In the Eye of the Storm”: A Recollection of Three Days in the Falaise Gap, 19–21 August 1944 by Arthur Bridge
Pursuit to the Seine: The Essex Scottish Regiment and the Foret De La Londe, August 1944 by Doug W. McIntyre

Maps from The Victory Campaign by C.P. Stacey. 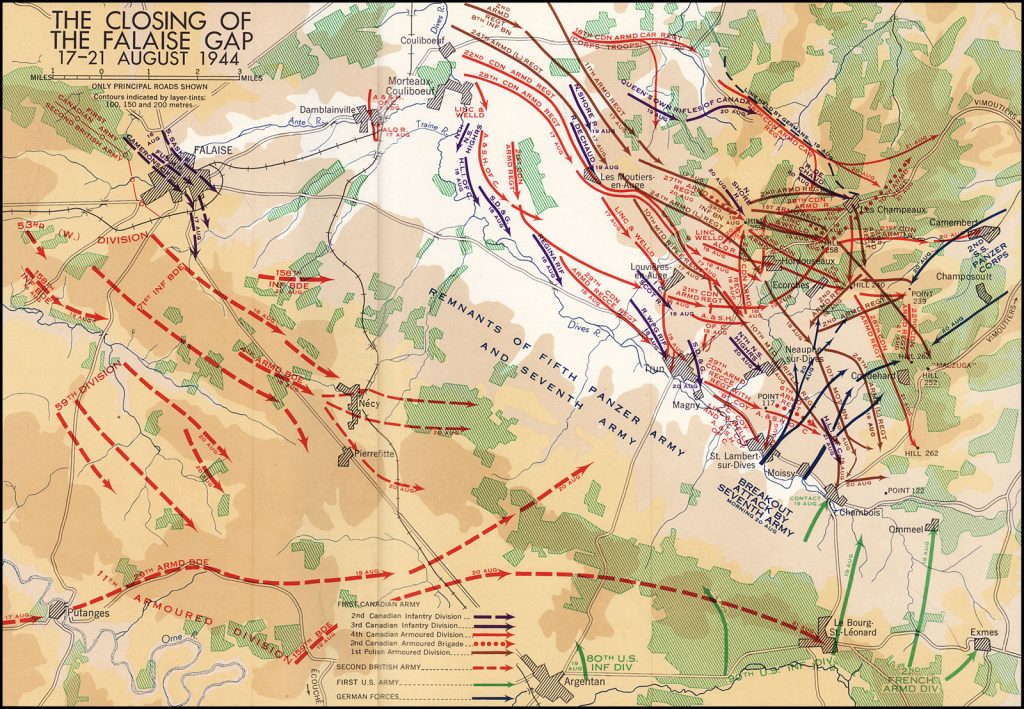 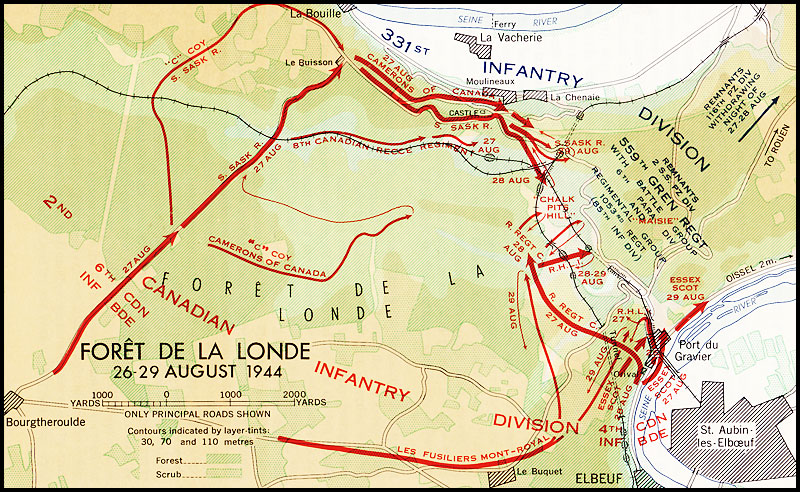 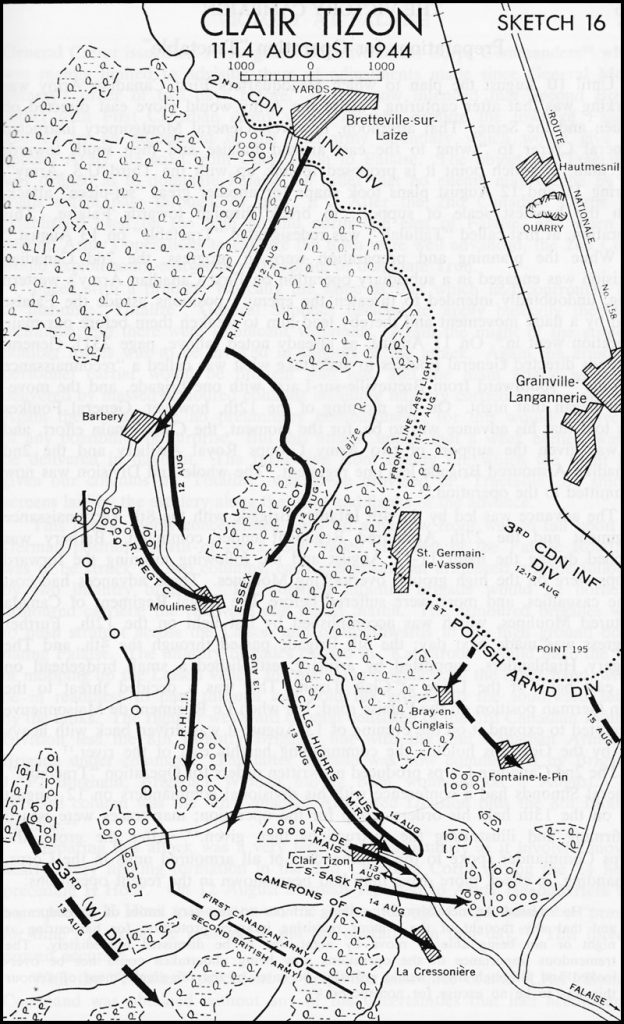 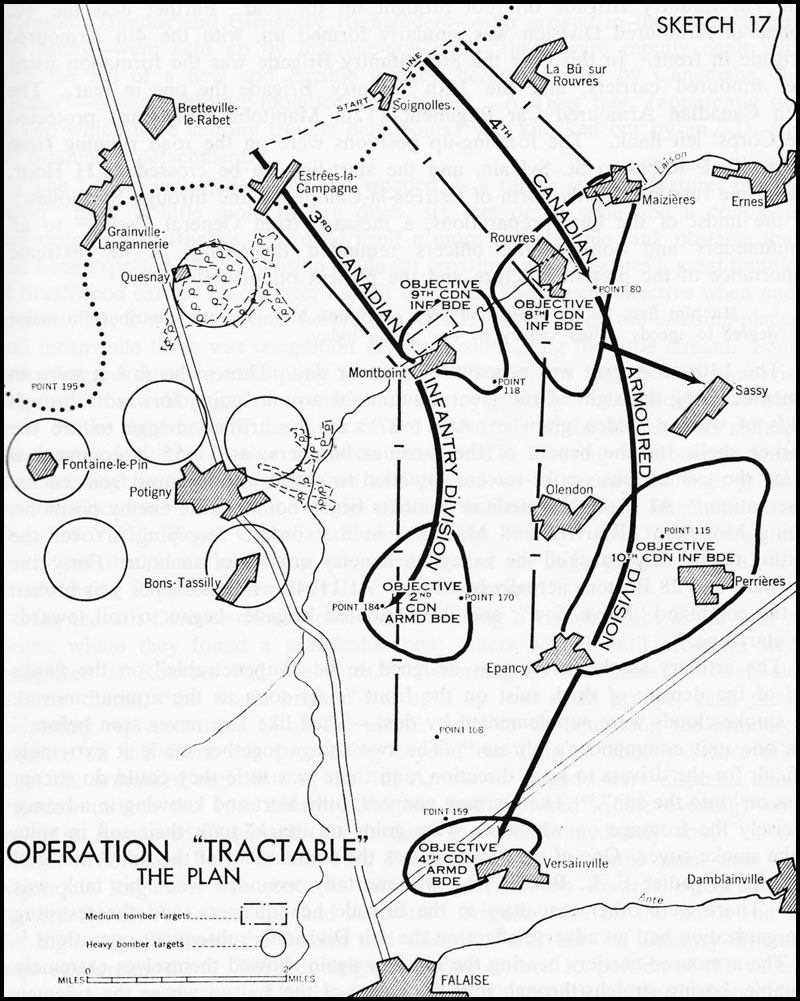 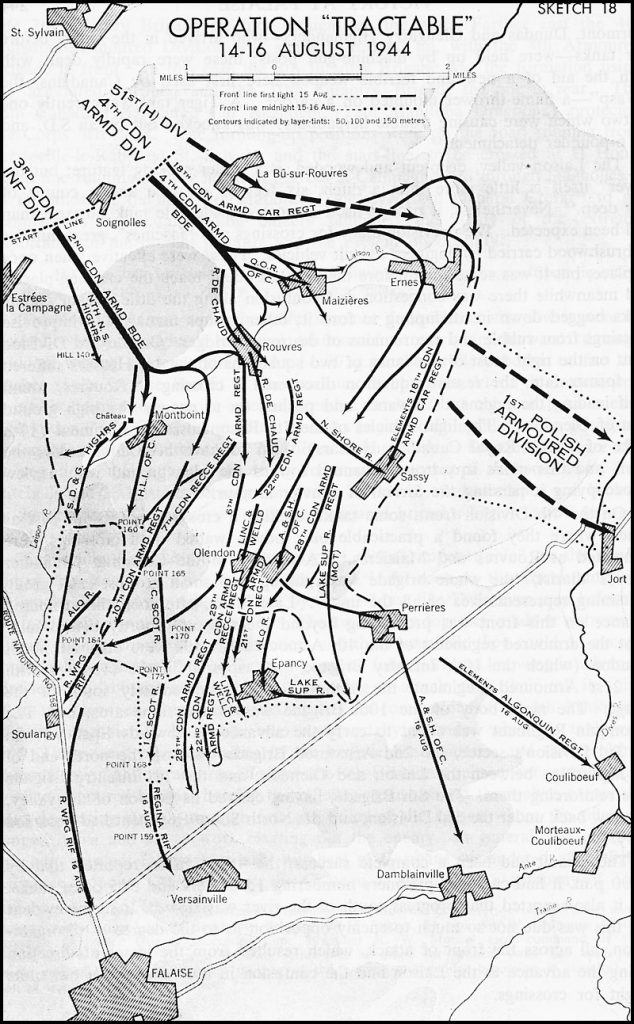 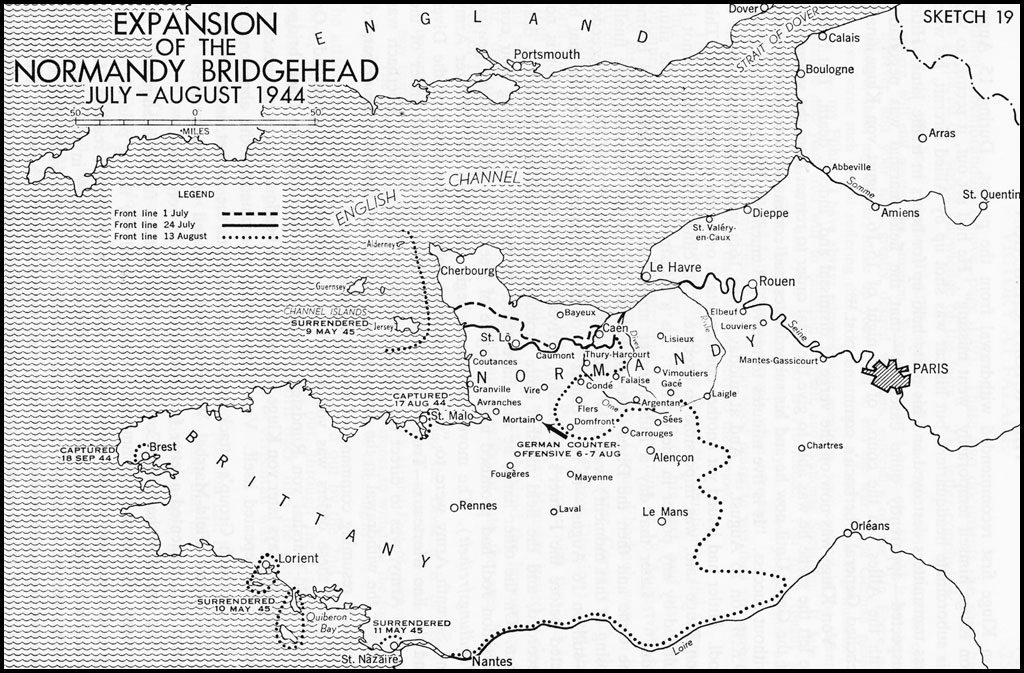