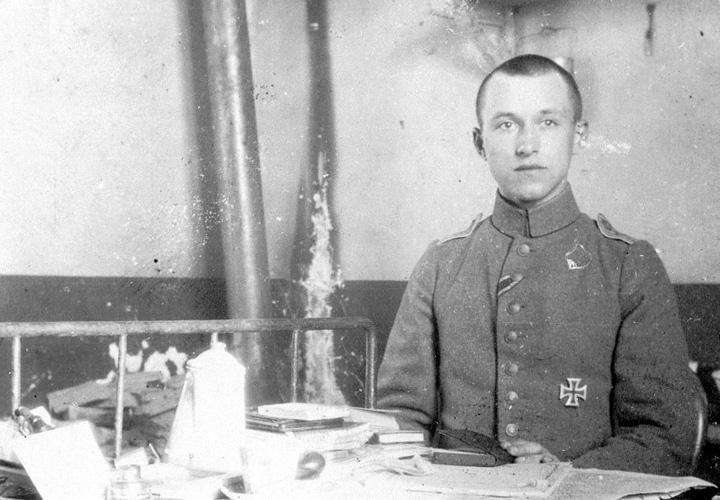 “Time only strengthens my conviction that it was a good and strenuous life, and that war, for all its destructiveness, was an incomparable schooling of the heart.”

– Jünger, preface to the 1929 English edition of Storm of Steel

is uniquely recognized as a WWI novel without personal design or appeal, politics or strategy, humour or pity. It was published in 1920, ten years ahead of Graves, Blunden, Remarque, and Sassoon, and well before public opinion of the war had set. The book is seen as an authentic, immediate, and trustworthy account of a young man attending to the brutal reality before him. But when it denies the human and historical tragedy, how much of it is truly honest? When it has been constantly tinkered with and altered, how much is spontaneous? When it clearly darkens some incidents and whitewashes others, how much of it can be considered accurate? And when it teems with heroic statements and preoccupations, how far has fact been coloured by fiction? 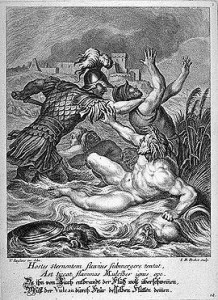 Private Ernst Jünger, 19, arrived in France on 27 December 1914, having volunteered on the opening day of the war. No mention is made of this bold decision. The exclusive subject in Storm of Steel is the act of war – fighting, battle, bloodlust. The book, highly repetitive, meticulously detailed, drenched in bombastic violence, completely lacking in humour or compassion, and obsessed with death and heroism, is undeniably ‘epic.’[1] At times it seems unnervingly akin to the Iliad from the point of view of Ajax.

From the opening paragraph we encounter the classic Homeric theme of journey. There is no reference to Jünger’s life before the war – no account of basic training or even the train ride to the front – the book opens the moment he steps onto the battlefield.[2] He was one of a group of Germans, “enraptured by war” who arrive in Champagne. They had set out “in a rain of flowers, in a drunken atmosphere of blood and roses,” and now they stand listening to the “slow grinding pulse of the front.” Their heroic expectations are met: “The breath of battle blew across to us, and we shuddered” (5).

But the fevered dream of heroic war – “No finer death in all the world…” – cools during the tortuous march to their base. The next morning, a violent shelling further opens Jünger’s eyes:

War had shown its claws, and stripped off its mask of cosiness. It was all so strange, so impersonal. We had barely begun to think about the enemy, that mysterious, treacherous being somewhere. This event, so far beyond anything we had experienced, made such a powerful impression on us that it was difficult to understand what had happened. It was like a ghostly manifestation in broad daylight. (7)

This was unexpected. The hero may be surprised by the modern methods, but the same virtues will see him through.

This is the strongest of the Homeric themes that run through the work: kleos – glory, fame. The violence is never glossed over, even when the narrator recoils at the march into the Battle of the Somme. He describes, he does not react. His tone hardens, but he not back away. He is the professional soldier. When the Germans massacred British soldiers attempting to surrender, he records it without blinking. He returns, poised. Once he became more accustomed to the lethal desolation and mechanized death of no-man’s land, Jünger reset his heroic perspective. He looked to do battle with individual rivals, in the glory of single combat.[3] He was an autonomous figure in the chaos. 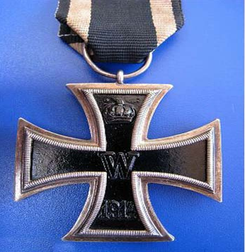 The meticulously recorded slaughter serves as the background for his catalogue of heroic achievements, which included climbing the ranks, being awarding of the Iron Cross 1st Class, and receiving the medal Pour le Merite. Jünger suffered 14 separate injuries, including a shrapnel wound in his first battle, and later five bullet wounds, the most serious of which pierced his chest. It was through combat that he sought recognition and his realization of self.

For Jünger, war built character and fortified friendships. Along with his brave adventurers, he set out amid sublime destruction: “On many a day of wrath we had fought on one and the same battlefield, and today once more the sun, now low in the Western sky, was to gild the blood of all or nearly all” (279). When Jünger glances at his fellow soldiers before they head off to battle, one can almost hear the hymn to Ares: “It was our last storm. How many times over the last few years we had advanced into the setting sun in a similar frame of mind! Les Eparges, Guillemont, St-Pierre-Vaast, Langemarck, Passchendaele, Moeuvres, Vrancourt, Mory! Another gory carnival beckoned” (280). War was their test and not only did they pass, but they were fundamentally improved by the experience.

The book is filled with the nobility of war – and occasional gossip from his comrades and the “hellish monotony” of the trenches. Jünger was brutal about the French, manages a grudging admiration for the British, but mainly he pointed the gun where he was told. There is no reflection on any wider meaning or purpose of WWI. The focus of the book is fixed on the valour of the warrior-author. Jünger – and the reader? – could not pass judgment on anything but the author’s heroism.

The book began life as a diary – and the most effective passages retain that feel. It was soon reconceived as a novel, rewritten completely in 1924 with a more ‘literary’ eye, and tinkered with it throughout his long life (Jünger died at the age of 102).[4] So is it truly the uncensored work of a distanced participant? And to what extent is that significant? 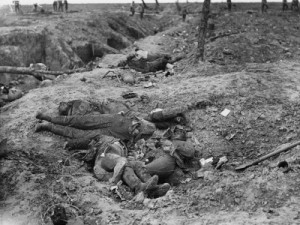 By setting himself up as the authoritative narrator, Jünger legitimizes his own version of heroic acts. He also casts the German army in this heroic light. His companions never panicked under fire or broke rank. In 1929, a young Joseph Goebbels called Storm of Steel “a brilliant book, a great book. Horrifying in its realistic greatness. Power, nationalistic passion, verve – the German book on the [First World] War.” It is faith in German greatness, Jünger is careful to note, that kept all these men strong and loyal. This also appealed to the third great Homeric theme: fate.

Despite the valiant effort, the Homeric strains cannot be maintained. In the end, weariness creeps in. Near the end of the Storm of Steel, Jünger writes of listening to the night bombardments from his bunk:

At such moments, there crept over me a mood I hadn’t known before. A profound reorientation, a reaction to so much time spent so intensely, on the edge. The seasons followed one another, it was winter and then it was summer again, but it was still war. I felt I had got tired, and used to the aspect of war, but it was from this familiarity that I observed what was in front of me in a new and subdued light. Things were less dazzlingly distinct. And I felt that the purpose with which I had gone out to fight had been used up, and no longer held. The war posed new, deeper puzzles. It was a strange time altogether (260).

Even the bloodlust of Ajax could be spent. After four years of heroic fighting and survival, only deeper puzzles remain. Something did exist outside of the war for Jünger, and it called war itself into question. 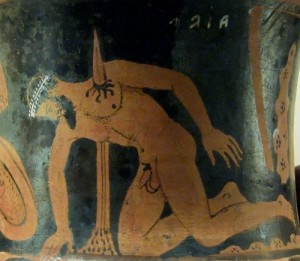 The Germans did lose the war, but Jünger saw them destined for a greater victory. Germans in favour of war in 1939 looked at Storm of Steel as a blueprint for the German solider. Jünger himself refused to endorse Nazism, to join the National Socialists, or to accept any of the academic posts offered to him by the Third Reich. He even published On The Marble Cliffs

in 1939, an allegory critical of Germany under Hitler. He was drawn instead to extremist fringe groups, from the right-wing Stahlhelm to the left-wing National Bolshevists. In his journals, he wrote that the Gestapo thought him “an impenetrable, highly suspect individual.”

Taken as a whole, Storm of Steel is ambiguous. Does it stand as a testament to cold-blooded savagery, or is it a scrupulous attempt to portray the reality of war? Does it succeed as either? It is a catalogue of mindless death, neutral to ideology or compassion, but its portrayal of the reality of war is filtered through Homeric myth.

As the narrator found himself ultimately confused about the purpose of the fight, perhaps so did the author. From 1934 onwards, the book’s dedication was changed to read “For the fallen.” In the end, Storm of Steel may be the most effective anti-war book of all.

This is the fourth installment in the year long series War and Literature in the Western World by John Owen Theobald. John, originally from the East Coast of Canada, holds a PhD from the historic University of St. Andrews and now lives in London, England.

All images courtesy of Wiki Commons. 1) Jünger in France, 1916, 2) Achilles fights by the river, 18th-century engraving-etching by Johann Balthasar Probst, 3) Iron Cross, First Class,  4) German dead at the sunken road in Guillemont during the Battle of the Somme, Sept 1916, 5) The suicide of Ajax the Great, 400-350 BC, 6) undated photograph of Jünger

[2] A shame, as his life was uniquely varied and fascinating: http://www.independent.co.uk/news/obituaries/obituary-ernst-junger-1145480.html