On War & Society E15: Unpacking the Trauma Kit, Part I 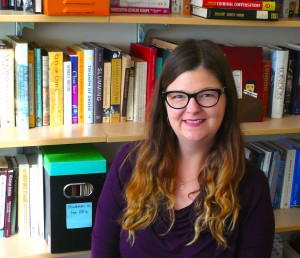 Too often we forget the casualties of war. Whether on film, in novels and even in writing history, scenes of soldiering and warfare pervade while the aftermath is ignored. Nationalism is deeply intertwined with many twenty and twenty-first century wars, making it sometimes difficult to acknowledge war’s painful legacies. Over the next few months, we are hoping to counter that narrative by bringing the historical and contemporary experiences of Canadian veterans to the fore.

This episode is part one of two on the past and present experiences of veterans in Canada. A panel consisting of two historians and two veterans discuss issues relating to mental health and trauma among Canadian veterans of twentieth and twenty-first century wars.

This episode is funded by the Department of National Defence. It is hosted by Dr. Amy Milne-Smith of Wilfrid Laurier University’s History Department. Panelists are Dr. Mark Humphries, Dr. Claire Cookson-Hills, Bruce Moncur and Marie-Claude Gagnon.

Dr. Milne-Smith (pictured) is an Associate Professor in the Department of History at Wilfrid Laurier University and a facutly associate of LCMSDS. Her research focuses on nineteenth-century British cultural and gender history, specifically in the history of masculinity, the cultural constructions of class, and more recently, perceptions of mental illness. She is currently researching popular understandings of masculinity and mental illness over the latter half of the nineteenth century. This research includes a number of military veterans who suffered from a variety of mental breakdowns before the First World War.