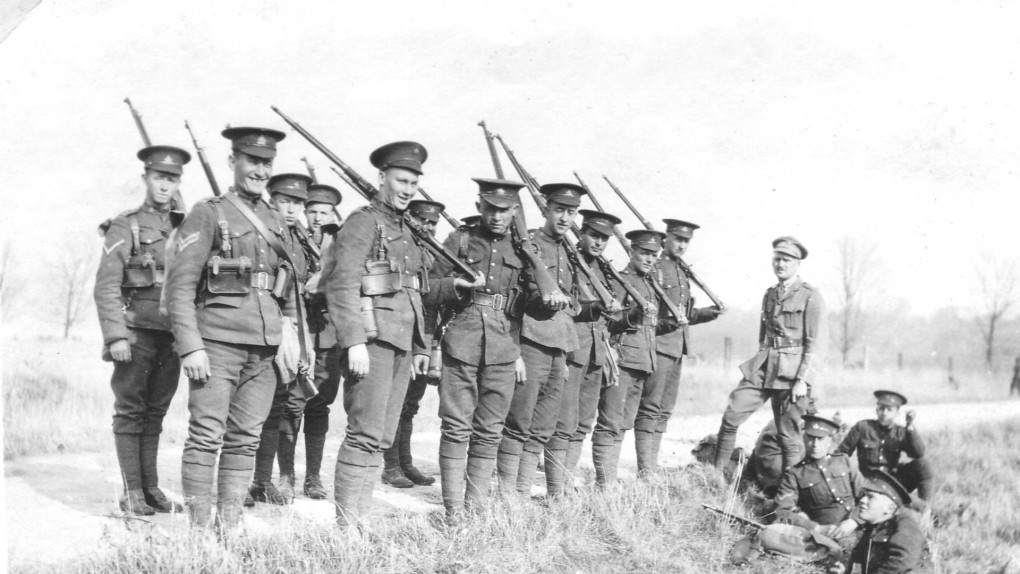 The 118th Battalion was one of two battalions raised for overseas service in the modern Kitchener-Waterloo-Cambridge area.

Headquartered in what was then Berlin, Ontario (now Kitchener), the battalion was authorized on 22 December 1915 and recruiting took place mainly in the northern part of Waterloo County. Accordingly, the 118th battalion was known as the North Waterloo battalion.

The ‘South Waterloo’ Battalion, the 111th, was also authorized on 22 December 1915 and was based in Galt. Although the 111th sailed for Europe in the fall of 1916, the 118th Battalion had more difficulties with recruiting and did not leave for England until the next year.

Neither battalion served on the Western Front as a distinct unit; they were broken up to reinforce existing units fighting in France and Belgium soon after arrival in England.