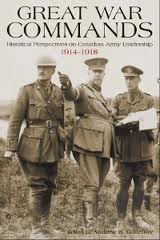 Canadian military biographies of the First World War have been dominated by Sir Arthur Currie, who has garnered no less than four monographs on his leadership (Great War Commands: Historical Perspectives on Canadian Army Leadership also has a chapter dedicated to him). Attention to other Canadian military commanders has been sporadic, periodically appearing in journals or as a chapter in an anthology. Great War Commands, edited by Andrew Godefroy, illuminates a broad spectrum of the challenges faced by middle and senior leadership during the Great War. Overall, though not without limitations, the book’s goal of providing a more thorough appreciation of the challenges and responsibilities faced by men in senior leadership positions is achieved. 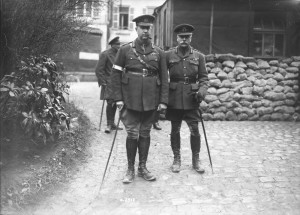 Armies are intensely hierarchical institutions, with the result that commanders truly matter. On the battlefield in particular, the results an army achieves are crucially affected by the leadership qualities these commanders possess. Thus, Great War Commands is a welcome addition to the historiography on Canada’s experience in the First World War and because it contributes to our understanding of leadership in the Canadian Corps. Though stating that it will provide only a superficial coverage of markedly different ranks, the book endeavors to broadly address some of the gaps in the Canadian First World War literature. The book explores the gamut of senior ranks, from major-general to lieutenant-colonel, all of them men who held command positions within the CEF (and save for two, within the Canadian Corps). Lieutenant-Colonels Campbell and Thompson did not command overseas in France, it would have been more applicable for the overall tenor of the book to include two new fighting battalion commanders instead of Campbell and Thompson. The eight chapters offer either new treatments or reassessments of these individuals, providing the reader in the process with a fairly wide spectrum to gauge the demands placed on senior officers. Each author selected the leadership qualities he wanted to focus on. For instance, Timothy Winegard examines the role of Lieutenant-Colonels Glen Campbell and Andrew Thompson who, in raising battalions composed largely of indigenous Canadians, demonstrated thoughtfulness and a tireless work ethic in a task made more challenging because of the army’s racist policies. In contrast, David Campbell chose to assess Major-General Richard Turner’s leadership at the St. Eloi Craters battle, concluding that history may have judged him too harshly for his decision-making in that operation considering that Turner had to effectively synthesize vast amounts of battlefield information quickly. The authors, having been given wide scope to examine ‘leadership’, give the reader a varied account of what was necessary to be a command, but with the unfortunate result that no larger theme on what constitutes military leadership emerges to tie the book together. Furthermore, the experience of commanding, say, a division of 20,000 troops as compared to commanding a battalion a twentieth of that size is going to demand different skill sets. Great War Commands would have been better served had it included an attempt to tie together some of the commonalities required to command – no matter how intangible – so as to provide an overarching theme to link the book’s selections analytically.

Obviously, with eight authors, the type of research that went into each chapter differed considerably, but all relied on substantial primary research, thoroughly mining archives across Canada, and in some instances, Britain as well. In terms of new evidence, the recently rediscovered wartime diary of Frederick Loomis is an excellent source which clearly demonstrates the personal burdens of leadership. The authors chose either to look at a specific event or theme in the war to see how their subject handled a certain situation: Andrew Godefroy’s study on Sir Arthur Currie at the Battle of Mount Sorrel showed Currie to be a strong tactician and capable learner. If a chapter did not highlight a specific event, it would follow the officer’s development throughout the war. David O’Keefe does this with Brigadier General Frederick Loomis, concluding that Loomis was a conscientious team player. The different approaches to each chapter break up the book, and make for an interesting read. Like all multi-authored anthologies, some chapters’ analyses of their subjects are more perceptive than others, but overall the research is well done and collectively the chapters accomplish the book’s purpose of providing a more thorough understanding of the issues that these commanders faced, and the qualities they needed to possess.

Three of the chapters deal with reassessments of leaders, either challenging the accepted historical wisdom or offering new details to give a fuller understanding of the individual. This is seen in Paul Dickson’s study of Andrew McNaughton. McNaughton, already the subject of a very favourable three-volume biography by John Swettenham (as well as John Rickard’s Second World War study: The Politics of Command), is analyzed in his role as a counter-battery staff officer. Dickson does not challenge the view that McNaughton was a brilliant mind, but instead confirms that he was an individual who quickly grasped the benefits of applying technology to Canadian Corps gunnery. The other five subjects covered are new, such as Patrick Brennan’s examination of David Watson, a divisional commander who has traditionally been seen as weak yet had had no serious study done on him. Brennan’s analysis finds that although not brilliant, Watson developed into a capable commander who by 1918 proved more than able to command his 4th Division effectively in the field. 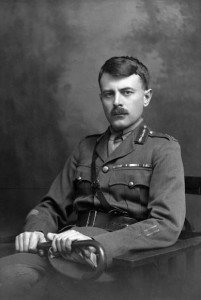 This book obviously adds much needed depth to the historiography of Canadian military leadership. Leaders such as Andrew McNaughton and Arthur Currie have been examined in the past, and Great War Commands concurs with other authors’ assessments that both men were exceptionally talented, thoughtful commanders. A missed opportunity in this book is the chapter on Archibald Macdonell, written by Ian McCulloch. Although expertly written with valuable insights into Macdonell’s leadership, it is a republication of an article that appeared in the Canadian Military History in 1998. The reader would have been better served if someone else had been chosen.

While the mix of new scholarship and reassessment are strengths of the monograph, one problem with this book is that it is relatively short. Although the chapters certainly do not feel insubstantial and the authors have gone into sufficient detail with their subjects, the reader comes away with only a snapshot of the challenges confronting the army’s senior leaders. Comprising four of the chapters, the most thorough coverage is of major-generals, with the other four split equally between analyzing brigadier-generals and lieutenant-colonels (though the latter in some instances were conspicuous for not serving at the Front). As there were significantly more of the latter than the former in the Canadian Corps, such a focus does not give a sufficiently comprehensive appreciation of their contributions. It would have been valuable to have included more accounts of these middle-ranking commanders in order to compare their experiences with the higher ranks. Another two chapters, especially focusing on commanding officers of combat battalions, would have added invaluable depth to the analysis.

Great War Commands helps fill a gap in our understanding of Canadian military leadership in the First World War. The Second World War has had some excellent coverage, with Jack Granatstein’s The Generals: The Canadian Army’s Senior Commanders in the Second World War and more recently Douglas Delaney’s Corps Commanders: Five British and Canadian Generals at War, 1939-1945 coming to mind. Thanks to Godefroy and his colleagues, we now have a first book dedicated to examining senior officers in the Canadian Corps. The future will hopefully see are more books highlighting leadership both at the senior and junior levels as Great War Commands just scratches the surface of this important topic.