One is often struck, when attempting to be sensitive to the literary qualities of past writing, at the rarity of efforts to appreciate those qualities. In some cases, like with Siân Price’s If You’re Reading This… Last Letters From the Front Line (Frontline Books, 2011), in which a close reading of soldiers’ “last letters” is the author’s specific ambition, only a passing interest in the stylistic qualities of the book’s central themes is demonstrated. In fairness, it is clear from the outset that this is a popular book, being explicitly derived from Price’s own BBC television series. Accordingly, the book possesses a very episodic structure, creating continuity through simplified thematic content like faith, family values, and duty. In general, this is a book that lends itself to thirty-minute intervals and light, albeit emotional, reading. Nuance is not Price’s forte; neither is she attempting to showcase the many scholarly debates surrounding her thematic emphases. Price does craft compelling individual stories and is attentive to the research that supports her micro-narratives, looking at service records, letter collections, official histories, and the like. This is a book for the war-weary, as well as the many dutiful British youth returning from long engagements overseas and their families, one imagines, given its sentimentality and obvious pathos. Popular discourse runs the risk of mythologizing, however, and one is left with the sense that Price is crafting mythology rather than history.

Among the most important comments Price makes comes early, and is best held in mind throughout the book: the “farewell letter” is an equalizing and humanizing force amidst the brutality of warfare (p.1). These are supremely poignant objects, often expressing those uncanny feelings aroused by premonitions of one’s own imminent demise. Price drives this point home not least with the sheer ambition of the work’s scope. She attempts to trace continuities traversing the two centuries from Napoleonic times to the most recent conflicts in Iraq and Afghanistan, including the American Civil War, the Anglo-Zulu and Boer wars, the World Wars, and the Falklands. In general, Price concludes that the letters are awash with notions of faith, family and duty, while the familial responses “to these priceless letters has remained unchanged throughout history” (p.5). Though such claims cause one to question Price’s attention to historical context, one does encounter semantic similarities and even occasional syntactic ones in letters separated by vast tracts of time and space. In one instance, a Civil War soldier dictates to his surgeon, for his mother, that he “died like a man” and asks her to “bear my loss as best you can” (p.44). Nearly a century later, during the Second World War, Peter Clissold’s final letter contains similar expressions: “Do not grieve too much,” Clissold writes, because “I would never ask for a better fate than to die in the service of the Royal Navy in a cause as just as ours” (p.167). Yet surely one must consider critical differences in these senses of duty, one to a social ideal (manliness) and another to a national military institution (the Royal Navy)? Price locates a united sentiment, borne in grief, while providing only superficial treatment to the divergent senses of self, duty, and justness. 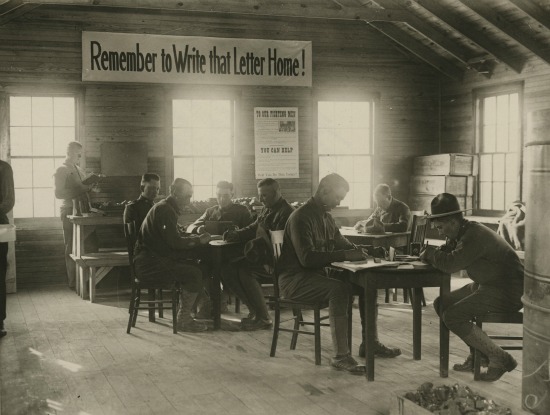 The first issue—an overreliance on emotive content, like loss and grief—is arguably the central weakness of Price’s approach since it causes those other historical matters, to be discussed shortly, to disappear beneath a funereal shroud. There is an admirable intuition at work in the crafting of individual narratives and in the letter selection process—this is clearly the work of an empathetic author—but is this enough to sustain a narrative? Aesthetically speaking, the book is entirely palatable, despite its morbid content. Back stories, both operational and personal, form a substantial portion of the writing, but the focus remains on the soldiers themselves and, in particular, their relationships to their families. At times it seems this family emphasis should have formed the backbone of the book with the “last letters” as its complement. One can more reasonably appreciate the devastating consequences of lives lost within that family setting, and one gets a sense that Price extrapolates these emotions to the body politic or social body through notions of duty, manliness, and the like.

Another complaint is a rather formulaic writing style that quickly becomes repetitive: Price tends to use the same subheadings from war to war, before dealing with the specific soldiers she has researched. Even at the individual level, however, her style is predictable, going from the macro-context (political, military) to the micro (specific battles, individual letters). Though largely an aesthetic complaint, formula often means one misses crucial details like the changing geographical, political, social, and temporal territories in which her subjects are located. As in the examples of letters listed above, certain letters push specific historical interests to the fore; the episodic formula instead looks for continuity rather than variety and complexity. The introduction cannot properly address substantive differences owing to Price’s brevity, the result being a book that lacks overarching narrative unity, in spite of its structural consistencies. Price employs the same terms throughout the book—family, duty, and such—but the total effect for the attentive reader is a paradoxical lack of explicit connective tissue from chapter to chapter, but also from soldier to soldier within the same conflicts at times. One fears that the lay reader, reading in short sittings, experiences a false continuity, aided by the serialized dramatic narration that marks the end of one short story and the start of another. While many authors continue to find influence in newer media, the presentation style derived from serialized media does not work well in this case.

As previously stated, the tone and style dovetail into the text’s greatest shortcoming from a scholarly perspective: its generally weak social contextualization. Even acknowledging Price’s ambition and the inherent limitations of such a broad undertaking, the culturally inquisitive reader gains little comparative insight into the values of soldiers in different historical epochs and from different cultures. There is very little to define what is meant by masculinity or family, or the comparative senses of patriotism, duty and responsibility among Price’s subjects, or even the how social contexts of death and dying have changed. In terms of religion, which plays a major role in the book, Price states that “many secularists found hope and comfort in faith” (p.5), and while expressions of faith are pervasive in the letters, they are quite often fundamentally different in structure. For instance, the Civil War letters are replete with Providence, the World Wars letters are more materially fatalistic, and the Falklands letters seem to eschew fatalism altogether through more abstracted forms of non-descript prayer. These ideas, however, are altogether too unified in the text and it is a shame that the substantial historical writings on these many subjects were not consulted more fully.

On the whole, the book seems like a missed opportunity. Though a good read, and certainly bearing the fruits of some strong archival work and attention to personal detail for the individuals discussed, the book lacks unity. Themes between chapters are too easily compared with each other to create misleading agreement among concepts, emphasized by the thinness of the treatment of the letter-writers’ cultural contexts. The letters are compelling individually—of that there is no doubt. One wishes, however, that a more comparative framework had been established during the drafting phase, ideally of a thematic style, in order to give the book a more robust skeleton. Such a writing strategy would better support its disparate elements and thus generate a richer, more nuanced approach to the many evident themes in these letters. Price’s book is a pleasant enough read, just not one that will add much to scholarly debates or challenge popular orthodoxy.