On September 17th the Laurier Military History Speaker Series featured award-winning author and historian Dr. Barry Gough, who spoke about the release of his new book, The Elusive Mr. Pond: The Soldier, Fur Trader and Explorer who Opened the Northwest (Douglas & McIntyre, $34.95). Below is a selection of images taken from the book which we hope will generate continued interested in Gough’s work.
In The Elusive Mr. Pond, Dr. Barry Gough sheds light on one of recent history’s most influential and shadowy figures whose legend has been forgotten in favour of those who came after him. While most North Americans won’t recognize his name, Pond mentored the more well-known Sir Alexander Mackenzie and mapped much of northwestern Canada before him. Peter Pond was extraordinarily ambitious, and became a notable figure in the founding of the empire of the St. Lawrence. And he was both an entrepreneur and pioneer–venturing into the wild and unexplored expanse of the far distant Arctic watershed. His exploits in the fur trade were legendary and elevated him to become a founding partner in the North West Company. These experiences, combined with his reputed violent temper and implication in two murders, make him a compelling historical figure.
Please click each image to expand. 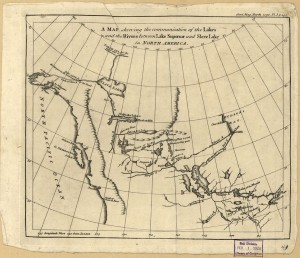 “This exceedingly important map appeared in the March 1970 issue of Gentleman’s Magazine, a London publication of learned information. It is the only map detailing Pond’s knowledge of this part of North America to be published in engraved form. Lines of latitude and longitude give it scientific ballast, though who supplied them is anyone’s guess.” – Pg. 144 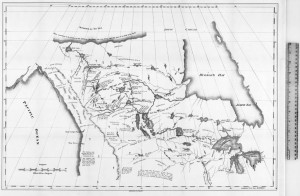 “Likely the best map from the North West Company’s early partners, this representation of the Nor’Westers’ forts and trading realms in the pays de’en huat was created in 1785 and presented to the Honourable Henry Hamilton in Quebec. Peter Pond’s signature is on the accompanying memorandum, indicative of his prominence among the ambitious traders seeking government protection and support against rivals real and imagined.” – Pg. 128-129

Prior to The Elusive Mr. Pond, much of Pond’s life has been shrouded in mystery. Renowned researcher and historian Barry Gough has created the definitive portrait of this captivating character. Gough’s research re-examines Pond’s surviving memoirs, explorers’ journals, letters written by acquaintances of Pond, publications in London magazines and many other sources to create the most complete portrait of this eccentric, industrious, sturdy, aggressive and secretive fellow ever published. 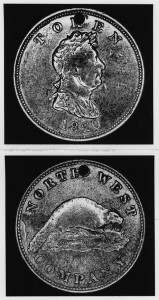 “North West Company trading tokens such as these manufactured in the United Kingdom in 1820 are not exceedingly rare. One side shows the prince regent (George IV) and the other, the venerable Canadian symbol, the beaver.” – Pg. 90

Dr. Barry Gough is one of Canada’s foremost historians, well recognized for the authenticity of his research and for his engaging narratives. He is the author of many critically acclaimed books, including Fortune’s a River: The Collision of Empires in Northwest America (Harbour, 2007), which won the John Lyman Book Award for best Canadian naval and maritime history and was shortlisted for the Nereus Writers’ Trust Non-Fiction Prize. Over four decades, his contributions to Imperial, Commonwealth and Canadian studies have earned him many honours at home and abroad. He lives in Victoria, British Columbia. 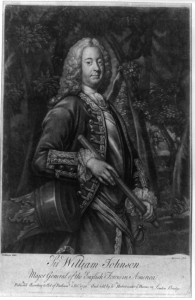 “Sir William Johnson, the Irish-born superintendent of Indian affairs, built up an empire that grew wealthy in land and trade. He helped cement the Iroquois nations as British allies in the Seven Years’ War. Pond was with him at the taking of Fort Niagara.” – Pg. 27 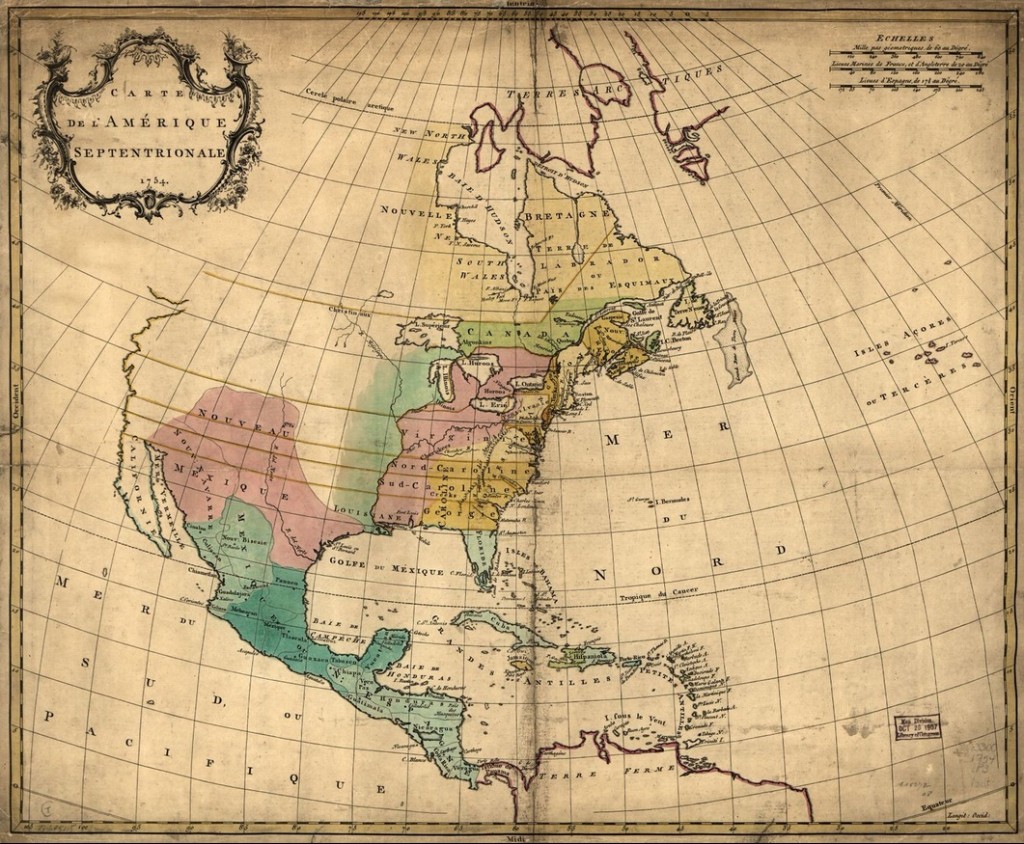 “In the mid-eighteenth century, the interior of North America was largely unknown expect by occasional traders and travelers. This was the general state of geographical knowledge at the time that Peter Pond, Alexander Henry, Jonathan Carver, and others parented the wilderness to reach the interior. They were the leading edge of fact-finding based on commercial enterprise. Fur traders were the first geographers, though the First Nations already knew the land’s secrets.” – pg. 15