The Art of War: A Foundation of Western Literature By John Owen Theobald 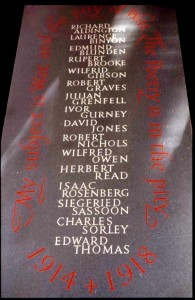 A stone of Westmoreland slate, inscribed with the names of sixteen eminent WWI poets, rests in Poet’s Corner, Westminster Abbey. Unveiled on 11 November 1985 to commemorate the Armistice, the stone is inscribed with the quote from Wilfred Owen, “My subject is War, and the pity of War. The Poetry is in the pity.”

Ted Hughes, then Poet Laureate, unveiled the slab. Throughout his own long career, Hughes tried – and failed – to rid his poetry of a preoccupation with WWI. Using Owen’s metaphor of battlefield landscape as “an octopus of sucking clay,” Hughes wrote of the “terrible, suffocating, maternal octopus of English Poetic tradition.”[1]

Transplanted, the metaphor still works. War is a foundation of Western literature. Homer’s The Illiad

were written as part of the Trojan War cycle. A thousand years later Virgil revisited these battles in the The Aeneid

, chronicling the Punic wars and its heroes, and tying these legends to the founding of Rome. The Bible’s pages are bloody with war. The narrative of the anonymous Anglo-Saxon epic Beowulf

is structured around the battles of the Geats in Scandinavia. From the outset these poems were told as history, stories that embody heroic virtues and reinforce community such as Njals saga

in Iceland, the battle epics of the Welsh poet Taliesin, or the wars of King Arthur (Aneirin, Malory, Tennyson). These works laid the foundation for epic theme, poetic structure, and imaginative reach, but they also helped glorify desired qualities, legitimize certain rulers, and promote societal unity. 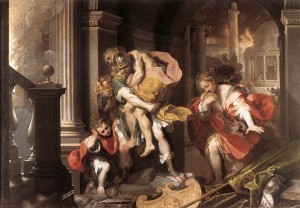 The poetry was not always in the pity. Before the war-weary poetry of trenches, the British held fast to this heroic tradition. Shakespeare’s “once more unto the breach, dear friends,” Byron’s early verses (and later actions), Scott’s valiant Highland clans, and Tennyson’s “Charge of the Light Brigade” all extol the virtues of battle. Similar moments of military heroism pervade Marlowe’s tragedies and Shakespeare’s histories, Spenser’s The Faerie Queene

. The Revolutionary and Napoleonic Wars enthralled British Romanticism, with Napoleon cast first as hero and then cast down in favour of Wellington and Nelson.[2] Across cultures and literary forms, great literature centred on the battlefield (satirically) with Cervantes’s Don Quixote

, considered by many to be the first novel, to Tolstoy’s War and Peace

, considered by most to be the greatest.

From poems and plays to novels, these works all share an “epic” tone (and length). WWI changed that.[3] Machine-guns, trenches, poison gas – the new art of total war – shattered the heroic tradition of war. Mass slaughter, heavy patriotism, and spurious honour translated into haunted disillusionment in Graves’s autobiographical novel, sneering cynicism in Sassoon’s sonnets, and devastating compassion in Owen’s lyrics. This unprecedented reflection of war, the truth and horror – the pity – irrevocably changed the tradition but preserved the theme. 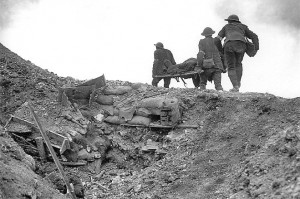 Why? War is, in many ways, an obvious subject. Throughout history young men have been required to kill and to die on behalf of their society. War has been a major part of life, and stories of war were stories of life.[4] But war literature does more than validate the history or take the moral temperature of a culture. The act of war captures the literary imagination. Drama, narrative, and occasion for rich oratory (and what Pound called “trench confessions”) are all inherent in war, and fundamental human emotion is writ large: fear, hope, compassion, grief, faith, love, hatred – and the struggle in the face of violence and death. (In Rosenberg’s terms, “The gold, the honey gone – / Left is the hard and cold.”)[5] 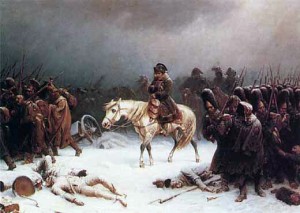 More is at stake in war than the psychic and physical lives of the combatants – families, cultures, the fabric of society, are at risk. When the wounded come home – or don’t – the community then assumes the burden. “Life-writing,” it is often called, which considers the perspective of the non-combatant, is exemplified in the works of Vera Brittain, Virginia Woolf, and Anne Frank. All of these works show that the responsibility of war is wider, the ramifications are far-reaching, and the loss of loved ones can in turn destroy the living. “There are strange hells within the minds war made,” wrote Ivor Gurney.

Perhaps because of the Edwardian tradition they were steeped in, poets provided the overwhelming literary response to WWI. There are novels written – All Quiet on the Western Front

, Goodbye To All That

– but poetry largely provided the voice in Rosenberg, Owen, Sassoon, Jones, Trakl, Blunden, Read, and Ungaretti. But there are so many others who go unheard. Catherine W. Reilly has counted 2, 225 English poets of WWI, of whom 1, 808 were civilians.[6] 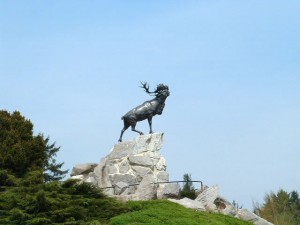 In WWII the hero returns, armed with the just cause, supplying the answer to Owen’s question in “Exposure”: “how shall our best values be best defended?” Literary responses to WWII came largely, and most notably, in the form of the novel: Heller, Grossman, Waugh, Mailer, Camus, Boll, Hemingway. In 1943, the poet Keith Douglas suggested why the form changed: “Hell cannot be let loose twice: it was let loose in the Great War and it is the same old hell now. The hardships, pain and boredom, the behaviour of the living and the appearance of the dead, were so accurately described by the poets of the Great War that every day on the battlefields of the western desert – and no doubt on the Russian battlefields as well – their poems are illustrated.”

, 2666 (WWII). America is crazy for books about the Civil War and Vietnam. Familiar stories told again and again, sometimes with more complete knowledge but necessarily from a greater distance.[7]  Some are literary reenactments, others historical reassessments; some glorify militarism, others recoil at its destruction. Clearly though, there is something at the heart of conflict that draws us in.

How do the writers explain this fascination? In the aftermath of WWI, German diplomat and pacifist Harry Kessler wrote, “Until we have created a romance of peace that would equal that of war, violence will not disappear from people’s lives.”[8] David Jones, in the preface to In Parenthesis, argued that war was simply a different kind of peace. For Mikhail Bulgakov the romance of peace was always there. In the final paragraph of his great WWI novel, The White Guard, he begs us to see it:

“But the sword is not fearful. Everything passes away – suffering, pain, blood, hunger and pestilence. The sword will pass away too, but the stars will still remain when the shadows of our presence and our deeds have vanished from the earth. There is no man who does not know that. Why, then, will we not turn our eyes toward the stars? Why?”

Over the next year, this blog will explore the range of literary responses to war – looking at poetry, novels, oral histories, myths, and memoirs – and what they tell us about the experience of war and its powerful retrospective hold. What does it say about literature, that some of our most cherished works are the product of conflict? What does it say about us, about our appetite for war?

[2] They did not shy away from the suffering, and many took sharp political stances against the war – but if their poetry served as a precursor for the WWI poets, in many ways other ways they did not. Their poetry allowed room for the heroic figure and, of course, none of them were present on the battlefield. (Though Byron, during the Greek war of Independence, financed and trained with the rebel army before he died in Missolonghi in 1824.)

[3] There were many works that reject the very tenets of war, but there was no continuous “anti-war” tradition until WWI poets like Owen put such thoughts – “Am I not myself a conscientious objector with a very seared conscious?” – into poetry. Owen, Letters, 461.

[4] Sun Tzu’s The Art of War is a strategic guide written by a distinguished general.

John Owen Theobald, originally from the East Coast of Canada, holds a PhD from the historic University of St. Andrews and now lives in London, England.