The Fate of Gavrilo Princip by John Owen Theobald

Famously, Gavrilo Princip decided not to shoot the Archduke Franz Ferdinand. Three of the conspirators ahead of his position on the Sarajevo parade route had failed to act; the fourth threw a bomb that missed its mark and gave away the plot. It was noon, on 28 June 1914, and Princip watched the parade speed by. The grand statement of Bosnian independence had come to nothing. 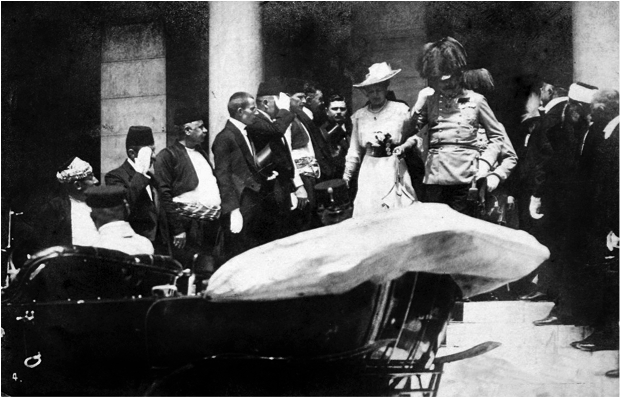 Princip felt strangely relieved. He might be arrested, now or later, for his role as organizer, but he was dizzy with the sudden possibility of a future. He thought of his family, peasants in the western mountains. He thought again that he might go to university in Belgrade, or join his girlfriend, a teacher, in Zagreb. Mostly, he thought of food.

Princip walked free of the blistering Sarajevo sun, away from the carefully studied parade route of the Heir Apparent and towards the winding, darkening streets of Old Town. He found a coffee shop, where he drank overly sweet Turkish coffee, a relic of a previous colonial occupation. He stood just outside, looking across the bright waves of the Mijacka river, feeling lighter than ever. The Archduke would now be giving his address at the Town Hall. Life would go on. Fate had intervened. 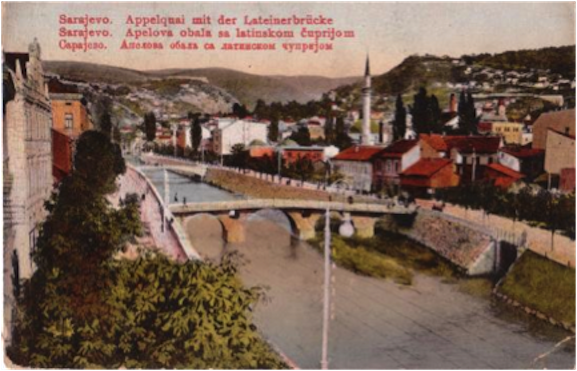 But Fate was not done with Gavrilo Princip. Although the bomb had missed its target, a member of the imperial party had been wounded, and after his Town Hall address the Archduke insisted on being taken to the hospital to visit the injured man. As a precautionary measure, the driver was instructed to take a lesser-known route. When he saw the twisting streets of Old Town, the Archduke, not informed of the change of plans, angrily called for the driver to turn back. Urgently, the car driver shifted into reverse. With a great heave, the car stalled.

Gavrilo Princip put down his coffee and stared at the extravagant touring car idling in front of him. The white roof folded back, Princip could see directly into the backseat. All thoughts of school, of his girlfriend, of his future, left him and his revolver was in his hand. He fired, twice.

Shocked to see that the Duchess had taken the second bullet, that she too was dying, Princip barely had time to reach the cyanide in his pocket before the crowds were on him. He brought the vial to his lips, and the world turned black.

He was violently sick, but he did not die. 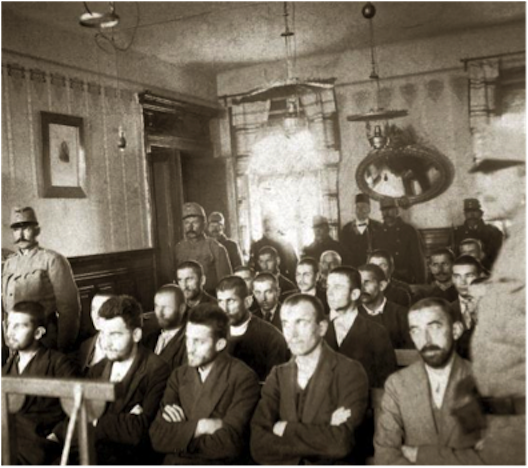 Princip saw that Fate, again, had a role for him to play. While Europe looked on, a Bosnian court tried Princip and his fellow student conspirators. Austria wanted revenge, looking for a connection to the Serbian government through the Black Hand, members of which had links to the Serbian military. Serbia rejected any connection, claiming such an underground organization was a European myth. 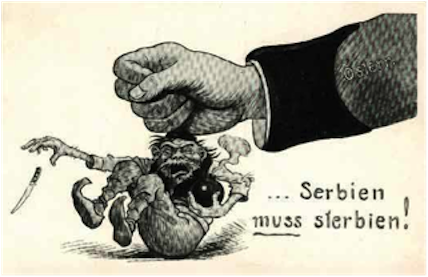 Princip and his friends did not cooperate. They took the opportunity of a stage to make their views known. The judges had soon heard enough – finding that if Serbia had not pulled the trigger, it had at least brainwashed these boys to do so. Princip and his friends had come to Sarajevo from Belgrade; they had been educated there, radicalized. They were acquainted with revolutionaries believed to be part of the Black Hand, and maybe even its leader, Colonel Apis himself. 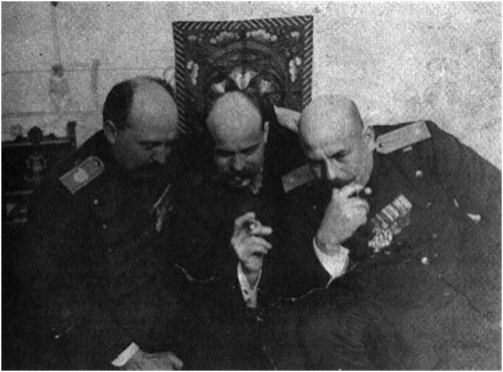 Europe reacted. Political suspicions and security threats grew, distorted, and swiftly triggered old alliances. Too young to be hanged, Princip and his friends were sentenced to life in prison. Rumours of a World War, an inconceivable outcome of their local act of resistance, reached them. They were moved to a prison deep inside enemy lines, the fortress Theresienstadt outside of Prague. 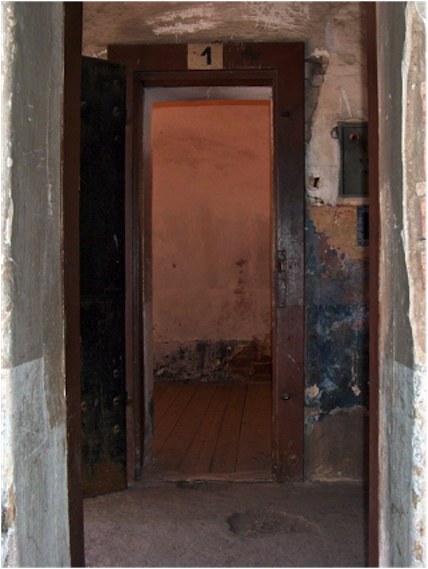 In his last year, Princip’s solitary confinement was punctuated with visits from an Austrian psychiatrist, sent to study the effects of trauma on the prisoners. The young Princip, the last remaining survivor of the conspirators, intrigued him. The boy was very sick, malnourished: he had tuberculosis, and his arm, rotten with gangrene, had been amputated. What was keeping him alive? 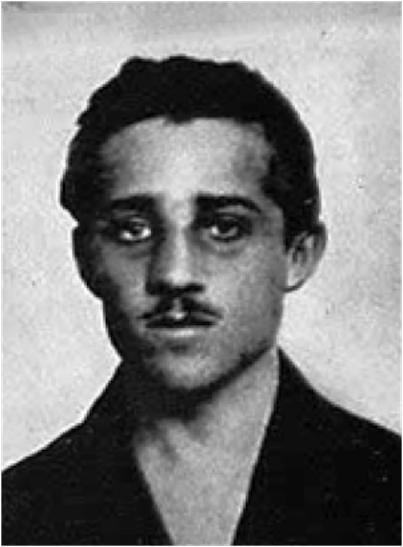 The two formed an unlikely friendship, and while Princip confessed his longing for life, he never repented the act. He believed that he awakened Bosnian-Serbs up to their true conditions as slaves of an occupying empire.

On the doctor’s final visit, Princip learned that the Austro-Hungarian empire was no more, and that Serbia and it allies were set to win the conflict. Princip died on 28 April 1918, six months before the end of the war.

Of course, we don’t know what Princip thought as he watched the imperial parade race by. We will never know how he felt as he stood outside the Schiller café. But given the context and a dash of imagination, plausible scenarios emerge. We can imagine a version, maybe one that has a ring of emotional truth.

And what about the broader issues, complex political issues that still echo today? History is unsure about the true extent of the conspiracy. Princip went to the grave in silence. Fiction, however, allows us to imagine possible answers. Who arranged the route of border guards that allowed undetected passage from Belgrade into Sarajevo? Who provided the group of schoolboys with weapons and cyanide?

The conspiracy made little practical sense, involved far more people than required, and reeked of amateurism. Why did the cyanide fail to work? Was the poison simply too old, or was it meant to fail? Did someone want the schoolboys to kill the Archduke and to be caught for it? 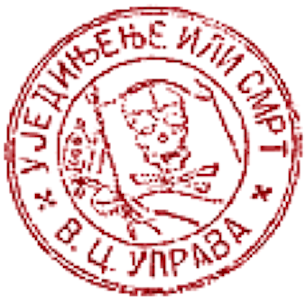 If the Black Hand truly was involved, why did Princip continue to cover for them, years after Colonel Apis himself was executed? Was Princip harbouring a secret, one that if revealed might have prevented the First World War? How did a bookish youth bear the burden of setting the world on fire?

My novel, The Conspirators, explores these questions against a meticulously researched background. Filled with engaging friendships and extraordinary betrayals, the power of belief and misguided faith, The Conspirators resounds with contemporary echoes – and warnings. Looking towards the 100th anniversary of the First World War, it is an ambitious work of historical fiction and a moving portrait of young idealists in the thrall of nationalism.

Of course, the question still remains: Can fiction offer any light where history is dark?

Born and raised in Eastern Canada, John moved to the UK to study the poetry of Keats, and in 2009 received a PhD from the University of St. Andrews. He lives in London, England. John’s first novel, The Conspirators, follows Gavrilo Princip and his school friends as they plot the assassination of the Archduke Franz Ferdinand (2014, Remarkable Books). Facing Up to War, his collection of essays on the literature of war, is published by Wilfrid Laurier University (Summer, 2014).
John has also published numerous blogs for Canadianmilitaryhistory.ca, two of which are listed below:
“‘Handsome and Boundless Illusions’: Waking up to the Great War”
“Facing Up To War: Pat Barker’s Regeneration”
*all images courtesy of Wiki Commons