The President of the United Nations General Assembly: Making A Difference in Global Governance? 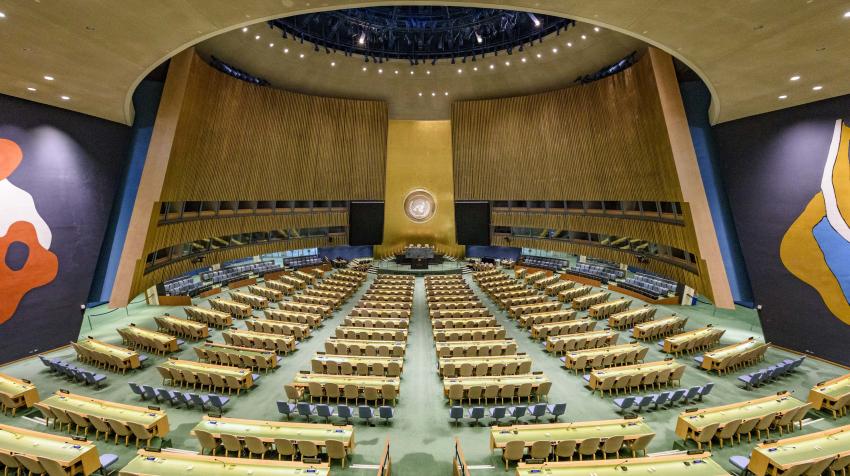 The individuals elected as President of the General Assembly (PGA) of the United Nations over the past seventy-five years generally have been leading political figures in their own countries as foreign or defence ministers, or even presidents and prime ministers. At one time, the role of the PGA – as the person elected to lead the Member States of the international organization in the Assembly – was expected to be more important than that of the Secretary-General, who would merely be the chief administrative officer of the international civil service in the Secretariat. However, in recent years these individuals have tended to be the ‘least-known leader’ of the United Nations. Who was PGA when the terrorist attacks of 11 September 2001 took place? Which PGA helped to shepherd the negotiations of Agenda 2030 and the Sustainable Development Goals? Who had the responsibility as PGA to help manage and lead the General Assembly in 2019-2020 as the Covid-19 pandemic disrupted global diplomatic affairs, including the functioning of the Assembly?[1]

According to Muhammad Zafrulla Khan, President of the Seventeenth Session of the General Assembly in 1962, ‘In a formal sense, the President of the General Assembly has only one function-the conduct of the Assembly’s business-and in performing this task, he [sic] must serve the will of the Assembly.’[2] At the same time, although any ruling by the President ‘can be upset by a simple majority vote’ by the Member States, Khan noted ‘The President cannot, of course, and should not shirk from giving a ruling in order merely to avoid controversy.’[3] It may be that an effective General Assembly president is an invisible one, handling the workload of the Office efficiently and apolitically as a ‘servant of the Assembly.’[4] within the guidelines of the Assembly’s rules of procedure, assisting them in reaching agreements leading to broadly accepted Assembly resolutions or heading off disputes before they become headlines. It also may be that these experienced and skilled national figures find themselves elected to a demanding and potentially important role, but one in which they may lack direct personal experience and struggle with inadequate resources in terms of personnel, financial and material support.

These challenges are in addition to the PGA’s having to cope with 193 sovereign states, each with their own national interests and priorities and all reluctant to recognize the PGA, the UN, and the Assembly as an authority, even if the individual Permanent Representatives working in Assembly may accept her or him as primus inter pares.[5] Finally, it may be the case that the PGA and her or his Office are at the helm of a principal organ of the UN that has been sidelined over time by the Security Council, Secretary-General, and the politics of the most powerful states.

At least since 1991, the examination of the PGA also must be framed by, and understood within the context of, discussions of the ‘revitalization’ of the General Assembly. This is part of the interesting complexity of the subject – the OPGA is ‘separate but not separable’ from the GA, while the PGA needs to be understood as an officer of the Assembly but also as an individual actor. The fact that the individual in the position changes each year and that her or his tenure is non-renewable – in contrast to the Secretary-General of the United Nations, whose normal term has become a 5-year appointment with potential renewal for a second term – adds to that complexity.

[5] The total number of 193 Member States is used here, since the PGA is expected to preside as a neutral party and not as a representative of the agenda of her or his national delegation, even if she or he still formally may be part of that delegation.