To Help Win the Fight: Canadian Servicewomen and the Second World War with Stacey Barker

To Help Win the Fight: Canadian Servicewomen and the Second World War with Stacey Barker 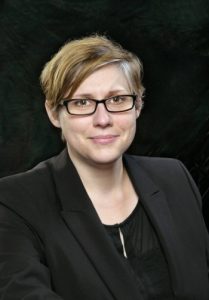 Stacey Barker is Historian, Arts and Military History at the Canadian War Museum. She received her doctorate in history from the University of Ottawa in 2008 and has contributed to many exhibitions at both the CWM and the Canadian Museum of History. Her most recent publication is the co-authored book Material Traces of War: Stories of Canadian Women and Conflict, 1914-1945.

The Maple Leaf Route webinar series is a partnership between the Laurier Centre for the Study of Canada, the Canadian Battlefields Foundation and the Juno Beach Centre Association.