A report by the Canadian government in October 2011 estimated that in, ‘the year following their release, at least 6,500 (26%) of…new veterans will suffer from the consequences of an operational stress injury (combat stress reaction (CSR)).’[1] In addition, the report found that almost 75% of those currently receiving treatment from Veterans Affairs Canada (VAC) experience psychological problems.[2] Canadian soldiers are not alone. Over the last decade, thousands of Western troops have been deployed on campaigns throughout the world. Many return with lifelong mental health difficulties. As a result, the role of psychiatry in the military has gained increasing prominence and interest has been generated amongst both academic and popular authors. Numerous publications have explored the history of military psychiatry from the First World War onwards. In Combat Stress in the 20th  Century: The Commonwealth Perspective, historians Terry Copp and Mark Osborne Humphries add their voices to the fray. 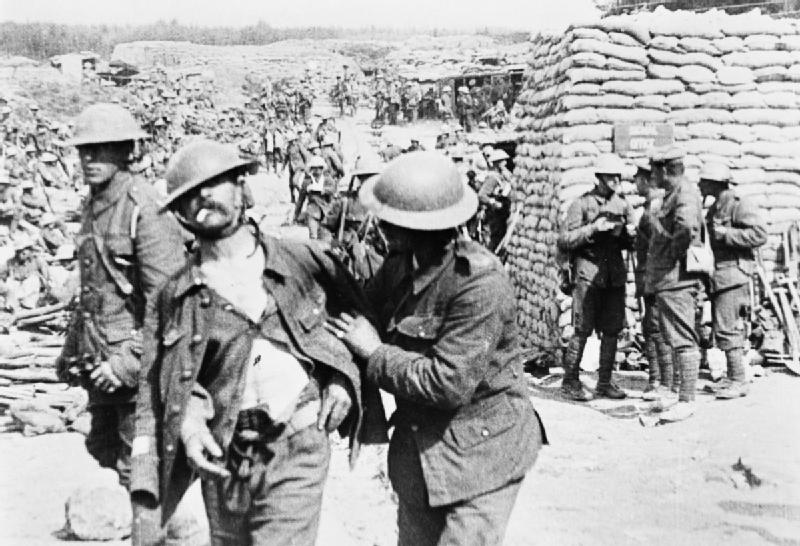 Combat Stress focuses upon how four major Commonwealth countries (United Kingdom, Australia, Canada, and New Zealand) have defined and treated combat stress reactions over the course of the 20th century. The writers define CSR loosely as, ‘various manifestations of disabling anxiety that occur during or subsequent to combat or combat-like situations.’ (p. xi) They also rightly note that, ‘Historically these reactions have been labelled ‘nostalgia,’ ‘shell shock,’ ‘battle exhaustion,’ ‘battle shock,’ and ‘Post Traumatic Stress Disorder (PTSD)’ among others.’ (p. xi) As Colonel Bernd Horn indicates in the book’s foreword, Copp and Humphries are attempting to ‘provide readers with a history of both the evolution of [CSR’s] diagnosis, as well as approaches to its treatment.’ (p. ix) The book is divided into four major chapters, which are organised chronologically. In the introduction, the authors indicate that they view combat stress reactions as universal. (p. xi) However, they state that, ‘Medical knowledge and patient experience cannot be separated from…specific socio-cultural contexts.’ (p. xi) In other words, the social and cultural setting has been key in determining how such disorders have been dealt with over time. Many other scholars in this field have chosen to take a similar methodological approach. A number of the better known include historians Ben Shephard, Hans Binneveld and Peter Leese.[3]

Chapter one of Combat Stress is entitled, ‘From Railway Spine to Traumatic Psychosis: Doctors Confront Trauma in the Modern Age.’ It examines both the period prior to the First World War, as well as the conflict itself. The authors begin by exploring the links made between war and insanity before the 20th century. This is followed by a detailed look at World War One and the phenomenon of shell shock. Step by step, Copp and Humphries unravel a complex story of medical, social and cultural politics that spanned both time and great distances. They chart both the evolution of diagnostic terminology and the rise of forward psychiatric care. (p. 1-20) 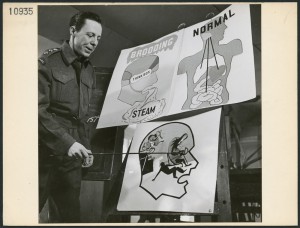 Chapter two, ‘Malingerers, Imbeciles, and Honourable Wounded: The Pension Question and Post-Traumatic Illness,’ reviews the events of the interwar period. (p. 81-93) How did Commonwealth states determine, ‘Who deserved a pension and who did not?’ (p. 81) In an attempt to answer this question, the authors look at the medical community’s continuing struggle to understand the aetiology of shell shock and other related disorders. They are highly critical of the manner in which both doctors and politicians dealt with mentally ill ex-servicemen. They ultimately conclude that, ‘The medical knowledge they used was more successful at protecting the public purse and medical reputations than at treating traumatized soldiers,’ (p. 81) and that, ‘By the end of the 1930s, doctors understood shell shock little better than they had in 1914.’ (p. 81)

The latter two chapters of the book deal with World War Two and a number of post-1945 conflicts. The former is simply titled, ‘Battle Exhaustion and Forward Psychiatry in the Second World War.’ Copp and Humphries offer a comprehensive account of Commonwealth activities from 1939-1945. Canadian and British commanders were obsessed with the potential of troop selection or screening and put great stock in the idea that mentally unstable men could be weeded out of the military. Much of the chapter is spent in charting how this fixation took shape. The authors maintain that the results of screening were largely disappointing and that it was difficult to determine a recruit’s effectiveness for prolonged combat. Following this, they assess the role of forward psychiatry during the Battle of Normandy and the last years of the war. (p. 125-161) Chapter four is called, ‘Pensions, PTSD and Combat Stress Reaction: Military Psychiatry in the Postwar Period.’ It is a sweeping look at the development of the field in the almost seven decades that have passed since 1945. The chapter deals with both largely forgotten campaigns like the Korean War, and better-known conflicts such as Vietnam. (p. 349-360)

For those acquainted with the literature on CSR and the history of military psychiatry, the story that Copp and Humphries relate is largely familiar. Others have made similar arguments.[4] As a group, they recognise that modern armies have struggled to define, categorise and treat mental illness in the context of war.[5] In each new conflict, doctors have had to relearn past lessons and military officials have put their hope in blanket solutions like screening.[6] Like other writers, Copp and Humphries also strongly believe that the Vietnam War was a paradigm shifting moment for military psychiatry. More than any other conflict, it transformed how CSRs were viewed and treated. Before Vietnam, the cause of CSRs was largely ascribed to the predisposition of the individual soldier. After Vietnam, the traumatic event itself was to blame. This change made both treatment and pensions much easier to obtain.[7]

What makes Combat Stress unique is its focus upon the Commonwealth. Whilst others have studied the Commonwealth countries individually, this book represents the first attempt to analyse them as a unit. The four nations featured are linked together by a common imperial past, shared military traditions and cultural values. Furthermore, they have worked closely with one another both politically and militarily over the past one hundred years. Throughout the book, Copp and Humphries manage to establish clear similarities between each country in how CSRs were labelled and treated. Many doctors from Canada, Australia, and New Zealand received their medical training in the UK and retained their ties to British medicine long afterwards.

The strongest connections are made between the UK and Canada and most of Combat Stress deals with these two nations. The arguments on Anglo-Canadian relations are robust and demonstrate a great deal of archival research. Moreover, the book fills a significant gap in the Canadian historiography of this subject. Apart from Bill Rawling’s work on the Royal Canadian Army Medical Corps (RCAMC) and Terry Copp and Bill McAndrew on WWII, little has been written with regards to Canadian army psychiatry.[8] Combat Stress goes a long way to making up this deficit. The sections on Australia and New Zealand are comparatively weak, as the text is not as widely referenced or as detailed. In fact, New Zealand features only occasionally. However, this is understandable given the temporal and geographic scope of the project. 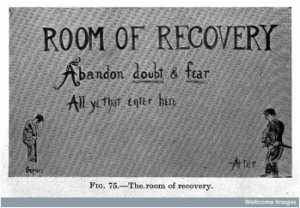 The book’s greatest strength is as a reference text. Each chapter is followed by a large number of appendices, where the authors have reproduced both articles and archival documents. Files from the Library and Archives of Canada and the British National Archives at Kew are included. Such documents are usually inaccessible for general reading but are carefully compiled here. Copp and Humphries have also included the latest historical scholarship and psychiatric studies. They helpfully introduce each article with a description of the author and the reason for the piece’s inclusion. As a whole, the appendices in Combat Stress represent an invaluable reference collection on Commonwealth military psychiatry.[9]

Combat Stress is a welcome addition to the growing literature on combat stress reactions. Neither Canada’s contribution to military psychiatry nor the links between Commonwealth countries have received the attention they deserve.  The authors highlight these gaps and begin to redress these omissions in earnest. They also lay the groundwork for future studies to use the Commonwealth as an analytical framework. Over the next decades, the mental health of soldiers and veterans will continue to be of prime importance to policy makers and the public at large. Many veterans returning with CSRs will require short term or extended care. This will have significant economic and social effects. Consequently, it is increasingly important to understand the origins and evolution of PTSD and other CSRs. Historians and other scholars can make major contributions to the field. In Combat Stress, Copp and Humphries demonstrate this.